Okudzeto Ablakwa reports on the illegality and lack of forthrightness in the National Cathedral.

According to the Ranking Member of Parliament's Foreign Committee, the government's construction method of the National Cathedral is doubtful.

"The whole arrangement, the whole structure is just profoundly buried in illegality and lack of forthrightness," Samuel Okudzeto Ablakwa says.

The North Tongu MP remarked on JoyNews' The Probe that the Akufo-Addo administration initially declared the initiative to be a private and personal vow, but that public funds are now being diverted to support the work. 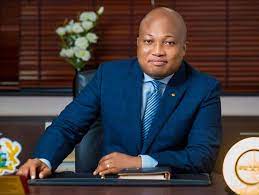 So far, the MP has released records indicating that GHS 200 million has been spent on the project's construction.

He claimed that the funds were distributed without recourse to parliamentary procedures and went on to say that including the Executive Director of the National Cathedral on the list of Presidential Staffers is likewise illegal.

"If you look at the list of Board of Trustees, you'll notice that this gentleman [Dr Paul Opoku Mensah], who has been enlisted here as the Executive Director of the Secretariat, a private entity, has also been enlisted as a Presidential staffer, and his position there is Overseer of the National Cathedral."

He questioned, "Why is the Ghanaian taxpayer paying someone who works for a private board of trustees?"

The scenario, according to the North Tongu MP, is illegal and unacceptably dangerous.

"It is unethical and in violation of our Public Financial Management Laws," he stated emphatically.

He went on to say that the secrecy surrounding the construction of this project is mind-boggling, stressing that the amount of money sown by the government is still unclear. 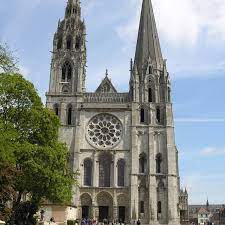 "The government's behavior is devoid of transparency and humility, and it reaches new heights of illegality. "I am profoundly concerned that these upcoming priests, who have collectively unified this nation, have been pushed together by President [Akufo-Addo] and are indulging in illegality," he stated.The legislator said that thus far, 200 million dollars in unlawful cash have been released to the project in a social media post on Wednesday, June 8.

Mr Ablakwa elaborated on the Show, saying that it is time for the government to be transparent about the project's status.

He added, "You don't create a National Cathedral on falsehoods and fraud."