By LordcelibateMedia (self meida writer) | 23 days 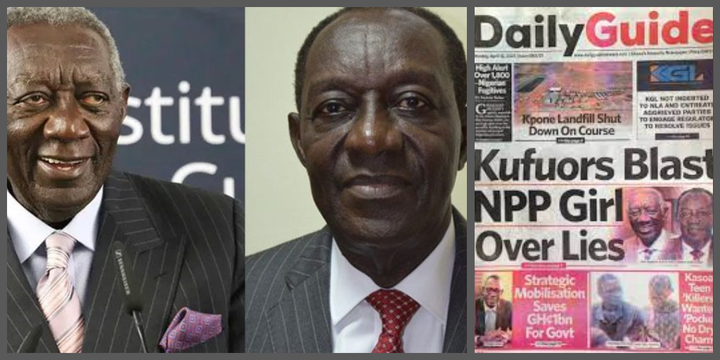 The popular New Patriotic Party (NPP) Girl, Madam Esther who has forced Former President John Agyekum Kuffuor and his Junior brother Addo Kuffuor to call into a radio program, said she is grateful to Daily Guide Newspaper for making her popular.

According to her, many has doubted her loyalty to the NPP. Many people accused her for belonging to the opposition National Democratic Congress (NDC), but Daily Guide Newspaper has vindicated her from all the falsehoods. She has suffered for the party for so many years out of love. The name "NPP Girl" used by the paper is a blessing in disguise and she is happy about it. She is less concerned about the words or the content of the newspaper, and what transpired during the week. 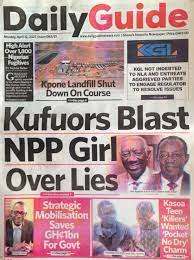 She revealed her intention to run for a party position in the coming years. She said, the Daily Guide has added to her CV, and will show the newspaper to the vetting committee during her vetting in the near future. She said the paper will be preserved safely in her room forever, to prove to people how she is acknowledged by people.

In addition, she further made the statement on Accra FM that, to be on a front page of a newspaper, you have to pay not less than GH$ 6000.00 but she was placed there free. It is a great surprise and honor for her to reach that far. She has nothing to offer to the popular newspaper than to say “thank you” to them doing her such great favour without even knowing her anywhere.

Last week, the Former President John Agyekum Kuffuor and his brother Addo Kuffuor have to call into a radio program to rectify an allege falsehood peddled against their family. They both set the record straight for all the listeners to understand the real issues, and cleansing the family from all sort of attacks. 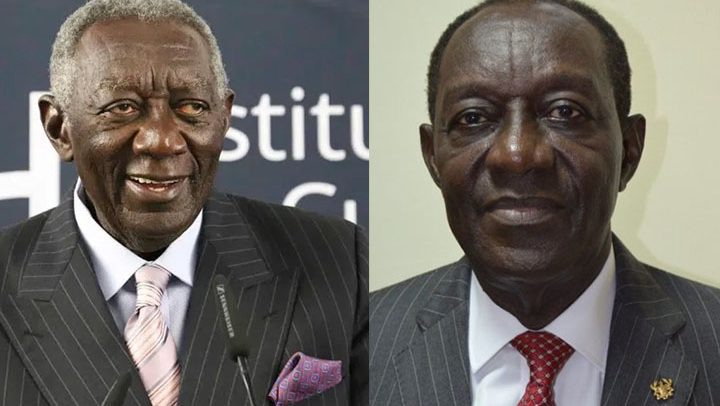 Mr. Adakabre Frimpong Manso has hosted an NPP woman called Madam Esther, who is a diehard member of the party on Neat FM. It is alleged that, the woman claimed H.E. J. A. Kuffuor at a point in time has a misunderstanding with his brother, he appointed his brother as Defense Minister for the fear of coup, his brother refused to support him when standing for the presidential position.

This are the alleged falsehood that the former president has called to rectify. It has sparked public reaction and controversies across the globe. The lady thinks, the family has misunderstood her, but she will not say anything due to the advice of other great men.

Daily Guide Newspaper has reported on her misunderstanding and her falsehood against the former president and his brother, in their yesterday publication.