I'm Not Surprised He Has Cleared The CJ. He Has No Moral authority To Indict Him - Delali Seworkpor

President Akufo Addo has dismissed the petition by ASEPA to dismiss Chief Justice Anim Yeboah because of the five million dollars bribery allegations leveled at him (Anim Yeboah) by Lawyer Akwasi Afrifa. ASEPA also petitioned CHRAJ to petition the allegations made against the Chief Justice, but they declined, citing that ASEPA had already petitioned the presidency.

A member of the NDC Communication team, Delali Seworkpor, has indicated that he is not surprised that President Akufo Addo has cleared Chief Justice Anim Yeboah of the bribery allegations leveled against him because he ( Akufo Addo) has no moral authority to indict him.

Delali Seworkpor made this statement on 'Good Morning Africa' on Pan Africa television when he gave his opinion on the president's statement, which clears the Chief Justice of the bribery allegations leveled against by lawyer Akwasi Afrifa.

According to Delali Seworkpor, the truth is that issues about corruption under this administration have become an acceptable norm, and so it is difficult for anybody to speak against any form of corruption especially involving the Chief Justice.

Delali Seworkpor indicated that if we pick ten Ghanaians randomly and sample their views, he believes that about nine of them will say that they are not surprised about the outcome as far as the allegations that were made against the Chief Justice is concerned.

He stated that for a president who himself has become working evidence of corruption to have had the courage to indict the Chief Justice, that would have been a big surprise to him. 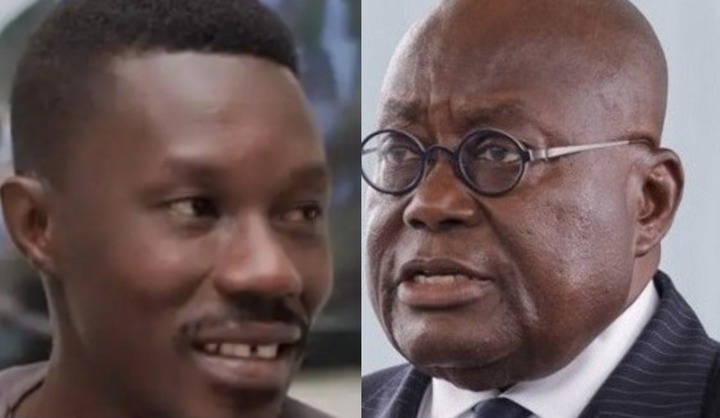 He revealed that it would have been a shock for President Akufo Addo to come out with a statement that indicts the Chief Justice because people will begin to ask questions that what moral authority does he have to indict the Chief Justice relative to a corruption allegation when he is working evidence of corruption.

He added that President Akufo Addo is someone who has virtually engaged in activities that are contrary to all that he stood for when he was then-candidate Akufo Addo.

They Challenged Jesus Christ on Long and dry "40 Days" fasting, but some died. Read their stories.