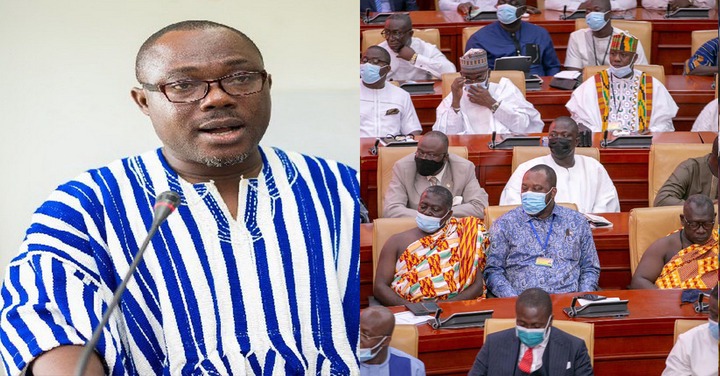 Political Science lecturer with the University of Ghana, Professor Edward Ransford Gyampo has ‘blast’ the leadership of the ruling New Patriotic Party (NPP) for complaining about traitors within the party.

According to Professor Ranford Gyampo, the current executives of the NPP have failed in the choices of people to lead the party.

He notes in a post on his official Facebook wall that, the NPP leadership imposed Parliamentary candidates on its constituents during the primaries.

He says that decision went against the party in the national election and made them lose a lot of parliamentary seats in the 2020 general polls.

He notes that the party leadership repeated the same during the election for the Speaker of the 8th Parliament, and again imposed another candidate on the Members of Parliament.

He says the nominee for the party had already served his term in the law-making house. He says these were some of the reasons why the party lost the Speaker of Parliament position and should desist from pushing their blame on others.

He believes, there are no traitors in the NPP but the Party executives have refused to learn from their past mistakes.

“You imposed Parliamentary candidates on constituents and the results were telling. But you did not learn.

You went ahead to impose a speaker nominee who had clearly served his term on your MPs and now you are complaining about traitors.

You should rather complain about your non-receptive to learning party executives”. Professor Edward Ransford Gyampo indicated. 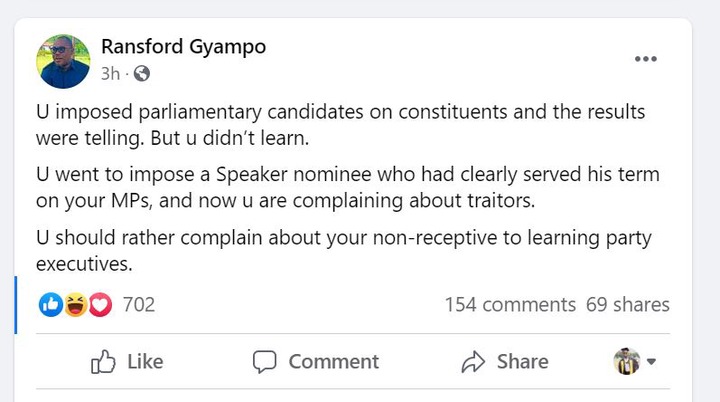 The New Patriotic Party received the shock of their lives when their nominee for the position of Speaker of Parliament, Professor Aaron Mike Ocquaye lost the election.

He was defeated by Mr. Alban Sumana Bagbin who is a member of the opposition National Democratic Congress.

The party has since been pointing accusing fingers at who among the MPs voted against Professor Aaron Mike Ocquaye.