What President Akufo-Addo said about resolving the housing challenges

By Westernagenda (self media writer) | 1 year ago 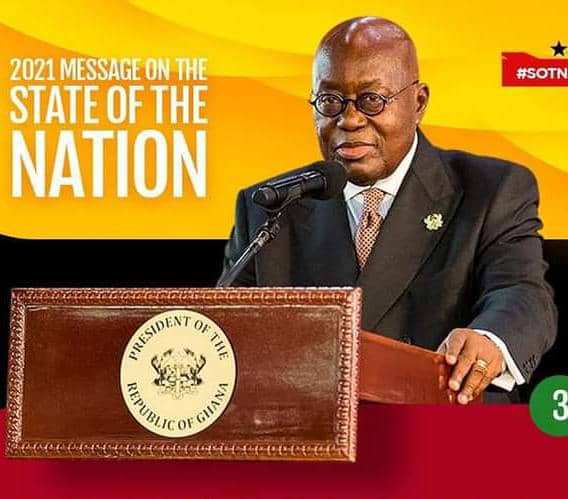 President Nana Addo Danquah Akufo-Addo has reiterated his commitment to resolving the problems of the housing sector in the country to curtail the housing deficit which was long overdue.

He said the Government of Ghana Affordable Housing Programme, which seeks to increase access to safe, secure, adequate and affordable housing units across the country was continuing in earnest.

“Thus far, one thousand, four hundred and sixty-four housing units in Borteyman, one thousand, and twenty-seven (1,027) in Asokore Mampong, and three hundred and twelve (312) housing projects have been completed in Kpone”, he opined.

“The Koforidua, Tamale and Wa Housing Projects have been handed over to the State Housing Company Ltd for completion”, he added.

President Akufo-Addo made the commitment when delivering the State of the Nation Address (SONA) in Parliament House today.

President Akufo-Addo also reiterated his commitment to the development of inner cities and zongo communities as the construction of classroom blocks, astro-turfs, establishment of ICT centres, installation of streetlights, entrepreneurial and vocational skills training, supporting needy students, and the rehabilitation of access roads and drains were undertaken.

Touching on social investment, he said the Livelihood Empowerment Against Poverty (LEAP) Programme has increased the number of pay points from seven thousand two hundred (7,200) to fourteen thousand, three hundred (14,300) in order to make it easy for beneficiaries to access their grants.

On the Ghana School Feeding Programme (GSFP), it currently feeds over three million, three hundred thousand (3.3 million) beneficiary pupils, in some nine thousand (9,000) kindergarten and primary schools, with one hot nutritious meal every day per child.

In the area of coastal management, the country continues to improve the resilience of the country’s coastline against tidal wave erosion that poses a significant threat to lives, livelihoods and properties of the people living along the coastline.

Consequently, we have implemented a number of coastal protection works at Aboadze, Nkontompo, Adjoa, Blekusu, Elmina, Dansoman, Amanful Kumah, Dixcove, Axim, Cape Coast, Komenda, Anomabu and Ningo-Prampram which protect in all, a total stretch of fifty four (54) kilometres, and are at various stages of completion.

He maintained that the Government has also implemented the annual National Flood Control Programme (NFCP) with the overall goal of reducing the incidence of flooding across the country.

Content created and supplied by: Westernagenda (via Opera News )