The former Parliamentary candidate of the Kpone Katamanso constituency, Hopenson Adorye, has admitted the hard truth about the National Democratic Congress and this has placed the National Democratic Congress in a comfortable lead. In my previous articles, I had indicated unequivocally that the New Patriotic Party will have a problem when it comes to the selection of the running mate even after settling on the person who leads them ahead of the 2024 election. 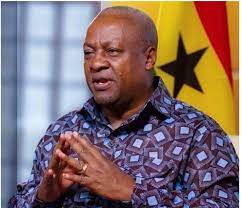 The National Democratic Congress somehow someway will settle on Jane Naana Opoku Agyeman supposing Mahama is selected to lead the party. Hopeson Adorye hinted at one of the secrets behind the NDC selection and this has caused some massive reactions on social media. He explained that since time immemorial, the National Democratic Congress has never settled on selecting a Muslim person as a running mate to the presidential candidate. That is, the NDC has maintained a Christian-Christian combination since 1992. That notwithstanding, the NDC has always been winning the Zongo communities and regions dominated by Muslims.

"In fact, since 1992, we are the only Party that has practiced the Christian-Muslim ticket 1992. NDC at all times used the Christian-Christian ticket yet dominate all the Muslim constituencies including Zongo".

He further explained that the tradition and the secret of the NPP since 1992 is to use a Christian-Muslim combination and that has also guaranteed their success.

Hopeson later clarified the air on what he said.

"It has come to my attention some misleading headlines attributed to me indicating that, "In our Party tradition, Northerners are fit for running-Mates". This was published by some online news portals and widely circulated by Bawumia Camp aims at destroying Alan Kyerematen and inciting Northerners against me Hopeson Adorye.

"I wish to state categorically that, I never said in plain words that Northerners are fit for running-mates. The video is partly doctored for mischief by Bawumia's Camp