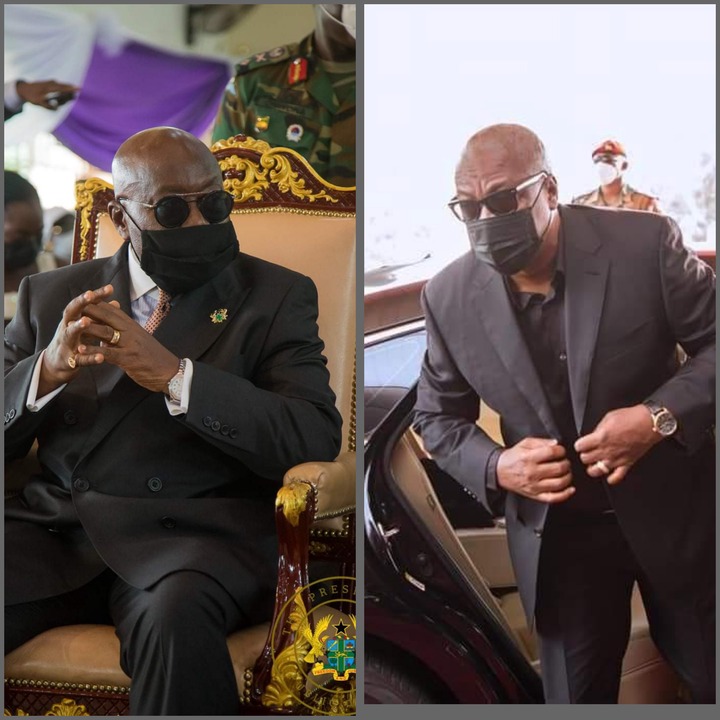 Its just a few hours leading to the ruling by the Supreme Court on the 2020 Election Petition that was filed by John Dramani Mahama, which challenged the constitutionality of a declaration by the Electoral Commission Chairperson Jean Mensa that President Nana Addo Dankwa Akufo-Addo won the Presidential election. In preparation for the judgement day, the National Security, according to Daddy Fred of the Announcer Newspaper, had a crunch meeting yesterday with leadership of the two major political parties; the ruling New Patriotic Party (NPP) and the opposition National Democratic Congress (NDC).

Daddy Fred took to Facebook to give some detail about what transpired during the meeting and the personalities that were involved. He indicated the resolutions taken by both leaderships are positive and need to be reflect on the conduct of their supportors during and post judgement by the Supreme Court.

He mentioned that Freddy Blay, the National Chairman for the NPP, and John Boadu, General Secretary were present to sign a pact with Larry Gbevlo-Lartey and Totobi Kwakye of the NDC. Daddy Fred added that his source disclosed that the two parties are expected to issue a communique to calm any fears and tensions overt his moment.

"This is good news and we expect all to respect the authority of both parties. So clearly, both Nana Addo and John Mahama have committed to peace. Gbevlo-Lartey, Totobi Kwakye and others of the NDC were there, and the NPP were represented by Freddy Blay and John Boadu and others.

"The two major political parties; NDC and NPP had a crunch meeting with the National Security and they discussed the need for all parties to accept the judgment of the court come Thursday 4 March 2021, in good faith."

Daddy Fred mentioned that the public are advised to refrain from any protest in the streets no matter the outcome of the petition.

"They have sworn to accept the outcome such that peace will prevail and life will continue uninterrupted by any political threats. Both party leaderships have pledged to advise their followership to do same and act responsibly as law abiding citizens. No street protests or chaos after the Supreme Court verdict."

This development would reinforce actions that were taken last year leading into the elections by the Institute for Democratic Governance (IDEG), the National Peace Council and other CSOs, which resulted into the signing of a peace pact by both Presidential candidates.

The true test of these actions would manifest in just a few hours leading to tomorrow at the Supreme Court.

"And when the court speaks its devoid of emotions and subjectivity. It is the law that determines and guides us," Daddy Fred added.

Parties to the petition had reiterated their cases in their closing addresses and this is to guide the 7-member panel to reflect on issues that had transpired over the period to pass a just verdict.