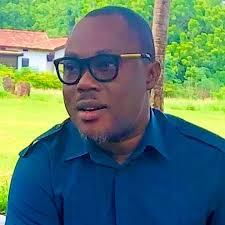 He has penned down some powerful message to Ghanaians and made his thoughts known on the approval of the budget.

He stated a reading of article 104 with its SPIRIT and perusal of the works of Erskine May, the man referred to as the Bible of Parliamentary Procedures renders what Joe Wise did a legal absurdity. He said the speaker who presided over parliamentary duties yesterday cannot be an impartial speaker, come down to be counted as a partial member to help constitute a majority and go up again to serve as speaker and insist that he never voted.

According to Ransford Gyampo, the issue isn’t about voting. The issue is about a Speaker being counted as partisan member.

He explained that it is understandable that government business has to go on but we must not achieve this through force, absurd interpretation of the rules, “takashie” and “buga buga”. To him, the majority could have pushed the government agenda through consensus by reducing the 1.75 percent e-levy to about 1 percent to be gradually increased if needed in the future. 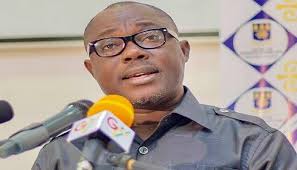 He questioned that what has been done is merely the “approval” of the Policy Statement of the Budget?

He expressed that the Budget itself would kick in when the Appropriation Act is passed to authorize spending and there would be various stages including Estimates, Committee Reports to Plenary, Bills to be passed into Acts to support the new levies and taxes and the passage of the Appropriation Act.

"All these stages are going to be debated and given the possibility of what the NDC did last Friday repeating itself throughout the remaining stages of the Budget process, the smartest thing should have been consensus building at the beginning, as this would secure the remaining processes" he told the majority in parliament.

He stated again that if the beginning was characterized by such intransigence and lack of consensus, then the remaining processes are likely to be more rancorous.

Prof Ransford Gyampo disclosed that in Malawi, Parliamentary Business was once stalled for four years without anything being done because the two sides failed to dialogue and use consensus building. "If the NDC minority decides to carry out its threat of non-cooperation in the subsequent processes, the budget would still not see the light of day and all of us will suffer" he warned.

"The NPP in parliament must know that they don’t have that power and muscle all ruling parties have had since 1992. Even if they do, power must be exercised with a certain tolerance and magnanimity, not with “takashie” and “buga-buga”. The NDC must also know that they would not be endearing themselves to Ghanaians if through their actions of full scale non-cooperation, government, governance and the ordinary people suffer.

Let there be cool heads. We have come very far as a nation" he advised.

Prof Ransford Gyampo made this statement known on his social media wall.