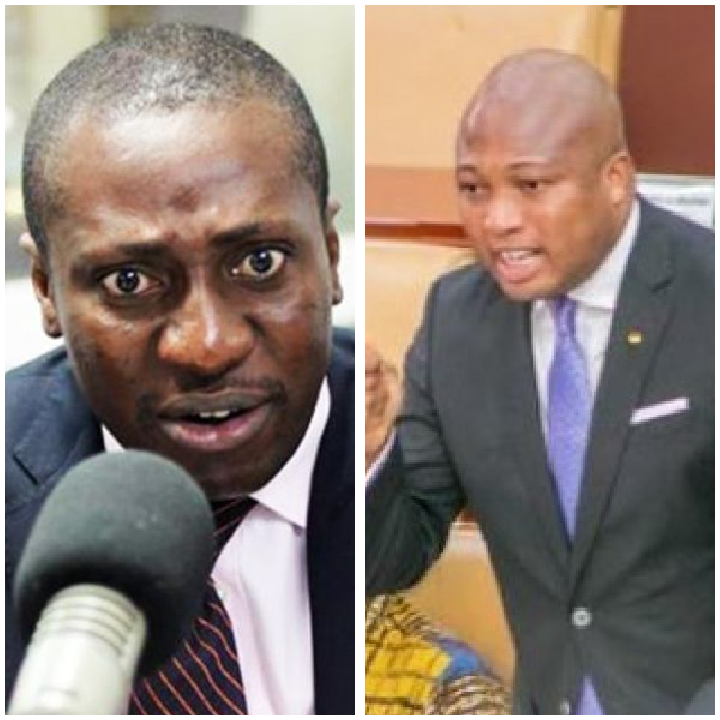 The North Tongu Member of Parliament quickly called in on a point of intervention to set the record straight during during a heated interview with the Deputy Majority Leader, Alexander Afenyo-Markin on the Eyewitness news.

Mr Afenyo-Markin told Omaru Sanda of Citi FM that the initial questions filed by the Ranking member of the Foreign Affairs Committee were not admitted by the Rt Honourable Speak of Parliament, ASK Bagbin. He indicated that the questions were rejected and he [Ablakwa] was required to resubmit.

But the North Tongu MP insisted that the two questions he filed have been admitted by the Speaker of the House and dully advetised.

"The impression given by the Deputy Majority Group Leader that my initial question was rejected is a figment of his imagination. To speak as if other questions were filed which has been rejected by the speaker is to peddle falsehood. I don't expect the Deputy leader to engage in that".

"We know that there was uproar in this country two years ago when it emerged rather too late in the day that GHS69 million was the cost of presidential travels and Parliament was caught unware or we were probably sleeping on the job. This time, we want to be up and doing. Some of us do not want to get to that situation again", he added.