The Minister for Lands and Natural Resources Samuel Abu Jinapor has stated that the Achimota Forest Lands and Ramsar Site lands which were written in Sir John's will are void and invalid.

He further stated that the said land will never be given to the beneficiaries who were deemed ownership but will continue to be the property of the state.

“I, as Minister for Lands & Natural Resources, have directed the Lands and Forestry Commission to deem any ownership of lands, both in the Achimota Forest and the Sakumono Ramsar Site by the late Kwadwo Owusu Afriyie as void and are to take all appropriate actions accordingly”. He stated. 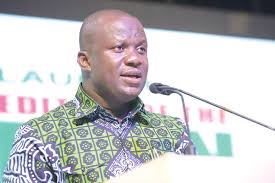 According to the Land minister, the ownership of the land as stated in Sir John's Will can not be found in the records of the Land and Forestry commission after it was cross-checked.

“Further checks at the Lands and the Forestry Commissions, the repositories of the records of the lands in question, show no record of ownership of Lands at, the Achimota Forest or the Sakumono Ramsar Site, by the late Kwadwo Owusu Afriyie”. He added.

He added that the government will act on any improper acquisition of public property in the country no matter how it was acquired and the Achimota Forest will not be excluded.

Below is a full document from the office of the Ministries of Land and natural resources. 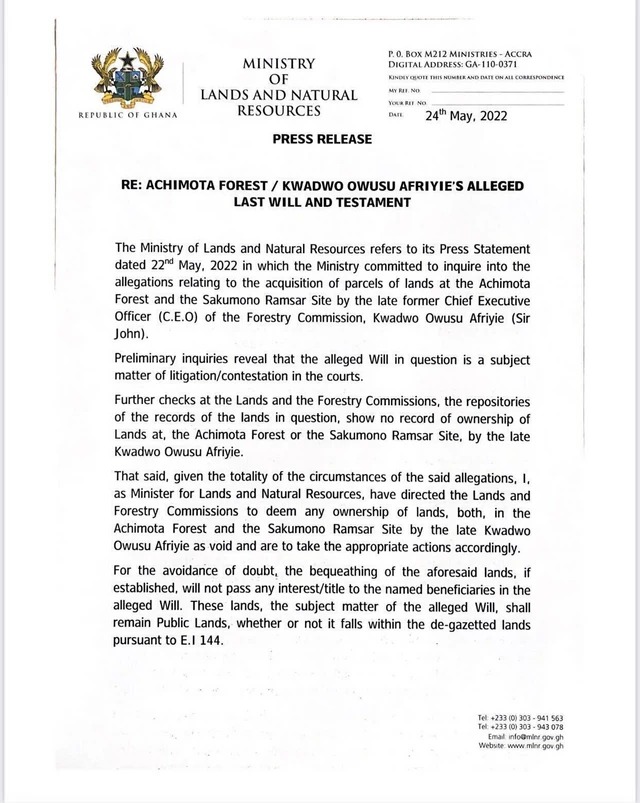 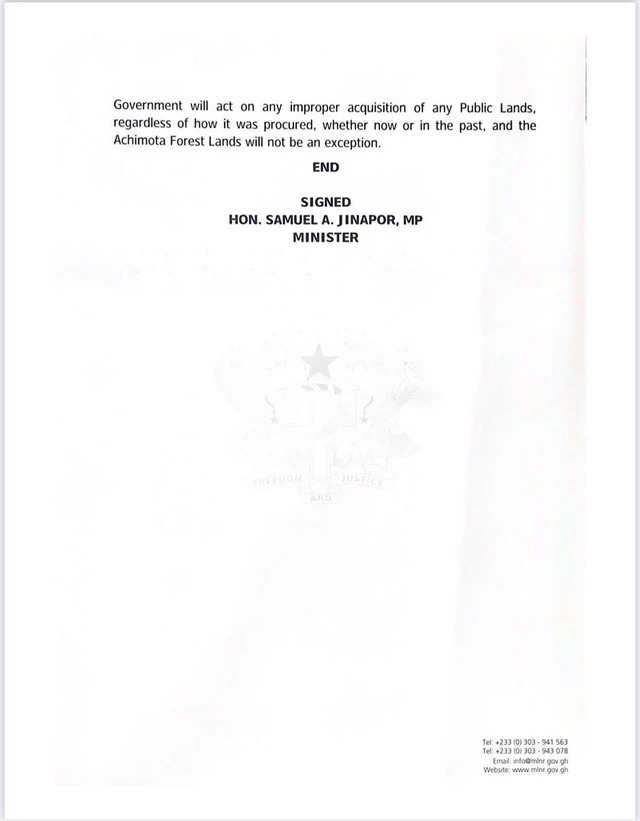