By jjlobationisamaestro (self media writer) | 28 days ago 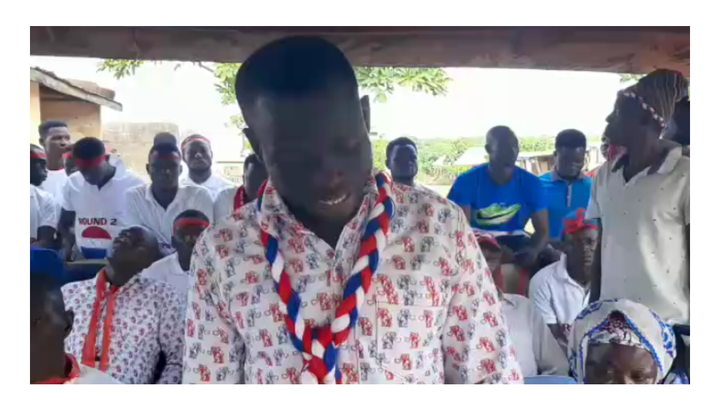 Youth group in Tuna of the New Patriotic Party (NPP) in the Sawla-Tuna-Kalba District of the Savannah Region has vowed to reject any nominee vying for the District Chief Executive position presented to the presidency by any top government official.

The youth group accused Hon. Abu Jinapor, Member of Parliament for Damongo constituency and minister for lands and natural resources of manipulating the process leading to the selection of the DCE for the area.

“We the youth of Tuna in the NPP are getting worried about issues regarding the appointment of a DCE for the area,” they stated in a press conference held at Sawla.

They stated that, they are not serving the interest of any MMDCE contestant, but to kick against eminent injustice starring at them as happenings are concerned in the appointment of DCE for the area.

They said that they have picked signals that Hon. Abu Jinapor has unilaterally rubbished the work of the National Vetting Committee and influenced the nomination of Lonsina Barkisu, whom they said emerge from nowhere.

Let it be made clear that we will resist any attempt to manipulate the process, they said.

According to the youth group, information reaching them indicates three contestants who were shortlisted by the National vetting Committee have been replaced by Lonsina Barkisu a preferred candidate of Hon. Abu Jinapor.

“We are astonished that despite the effective and orderly manner with which the vetting committee did it work, Hon. Abu Jinapor still went ahead to manipulate the process whom they said is very close to the President.

They said the party has structures and that they won’t sit aloof to allow any person from a different place to influence the selection of their DCE for the area.

President Akufo-Addo, through the Ministry of Local Government and Rural Development is expected to announce the list of representatives at the various Metropolitan, Municipal and District Assemblies on Sunday September, 19, 2021.

But there is simmering tension in parts of the country even before the lists are mentioned.

The police statement signed by Acting Director of Public Affairs at the Ghana Police Service, ASP Kwasi Ofori is however urging “everyone to use due process to convey their grievances”.