Parliamentary Business in Ghana is set to suffer serious delays in the third and final meeting of the Fourth Session of the country’s Fourth Republican Parliament which begun on Tuesday, October 06, 2020 as the West African nation inches closer to the upcoming 2020 General elections in December. 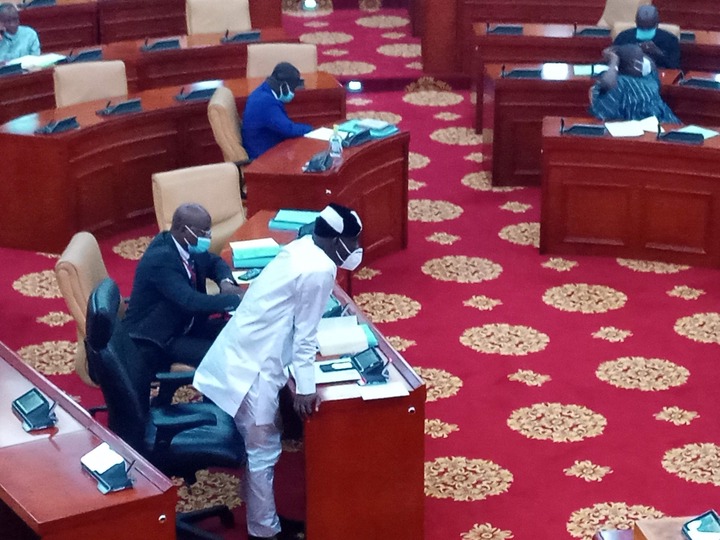 The Minority side in Parliament has served notice not to take part in any overloaded Government Business within these last five weeks of sittings which would jeopardize the chances of reelection of their members before the House finally adjourns on November, 6 for the general elections.

“We would support him [Majority Leader] to do Government Business, but we would not support him at the peril of our survival as MPs and to hold on to our constituencies and to ensure that we are part of the eighth Parliament of Ghana. He should be mindful of that.”

The Minority Leader, Haruna Iddrisu made the comment on the Floor of Parliament in a remark after the presentation of the Business Statement by the Majority Leader and Leader of Government Business, Osei-Kywei-Mensah- Bonsu, where he listed some 10 Bills which have been scheduled to be passed before the end of the five weeks.

“The Dagombas say that you must have your head to chew corn. Members of Parliament must survive to be here. This is an election year, if I don’t have my head on I cannot chew corn. If we don’t keep our constituencies safe, we will not be here thereafter. And therefore we would have to split our presence here with our presence in the constituencies which is also a matter of necessity and to hold ourselves politically accountable,” he observed.

The Tamale South MP urged his counterpart, the Majority Leader to take note of the times and prioritize the Business in order not to overburden them with too much work which would not be in their best interest.

“Therefore Mr. Speaker, he must heed to your advice to prioritize. Don’t come and give us too many bills which are not urgent in the national interest that will keep me here. Because Mr. Speaker, daily there is a destruction back home. There are people going round this morning working against you in Suame, in Tamale South and in Ketu North.

“So Mr. Speaker, prioritizing is important. Many Bills he has read. Four or five we will sacrifice to do but Mr. Speaker, we will not be sacrificing at the peril of our survival in the constituencies and to return back to this august House. He must know that, we would not. We would work but prioritize,” he indicated.

The Majority Leader, Osei Kyei-Mensah-Bonsu, in his response, indicated that the he would try as much as possible to touch base with the relevant Ministers who are responsible for the pieces of legislation which are supposed to be worked on by the Parliament to do the needful by facilitating the work of the House.

He acknowledged the sentiments shared by the Minority Leader that, as MPs, they must first survive the elections ahead of them in order to stay relevant in the next Parliament.

“The Minority Leader has reechoed the issue that I raised. The fact that we need to split time between Parliamentary work and constituency work. And I agree with him that we must survive first in order for us to be referred to as Members of Parliament,” he said.