Otumfour Is The Only King In Ghana Who Controls Parts Of Volta, Accra, Eastern, Western, and bono.

By K.TeeDeWriter (self meida writer) | 10 days

Before the Europeans arrived in the then Gold Coast in the year 1471, there was nothing like democracy nor partisan politics. Our lands were ruled by kings and chiefs and among these kings and chief were some major ones aside the minor ones. History has it that the Ashanti kingdom was the most powerful and the largest kingdom as it's empire even exceeded the boundaries of this country all the way to Côte divoire, Burkina Faso and Togo. Aside these neighboring countries, the Ashanti empire was so strong and powerful that it through tough battles, it was able to conquer some other powerful kingdoms in the then Gold Coast. And even till now, these kingdoms that were captured by the Ashantis still pay homage and give reverence to the Asantehene.

To keep the record straight I'll take you through some kingdoms outside the Ashanti region that are still controlled by the Asantehene and for that matter they pay homage to him. 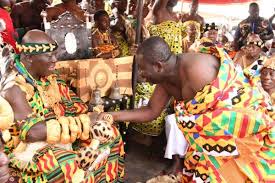 First on the list is the Wrawra kingdom in the Volta region. As a kingdom that lies in the Anlo landmark, one could expect it would be controlled by the Anlo kingdom, but that is not the case. The Wrawra kingdom in the Volta region was captured in the 14th century by the Ashantis and they have since paid homage to the Asantehene. It could be recalled that during the funeral ceremony of the late Asantehemaa, the chief of Wrawra with together with his elders were seen bowing to the Asantehene. This was not a fluke. 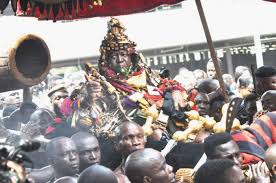 Until the Ashantis captured these towns through a fierce battle in the 18th century. The whole of Konongo, Bompata and Ejisu fully came under the Ashanti region and some part of Juaben went to the Eastern region during the demarcation of the ten regions by Kwame Nkrumah.

Though not fully confirmed, but history suggests that some parts of the Greater Accra, Northern and Central are also under the control of the Asantehene and in my next article I'll give full details on that as well. 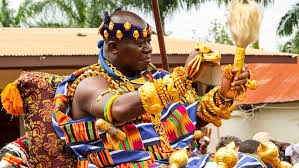 Did You Know?: Hollywood Actor Idris Elba is a GHANAIAN, and even Featured on Sarkodie's Song. See