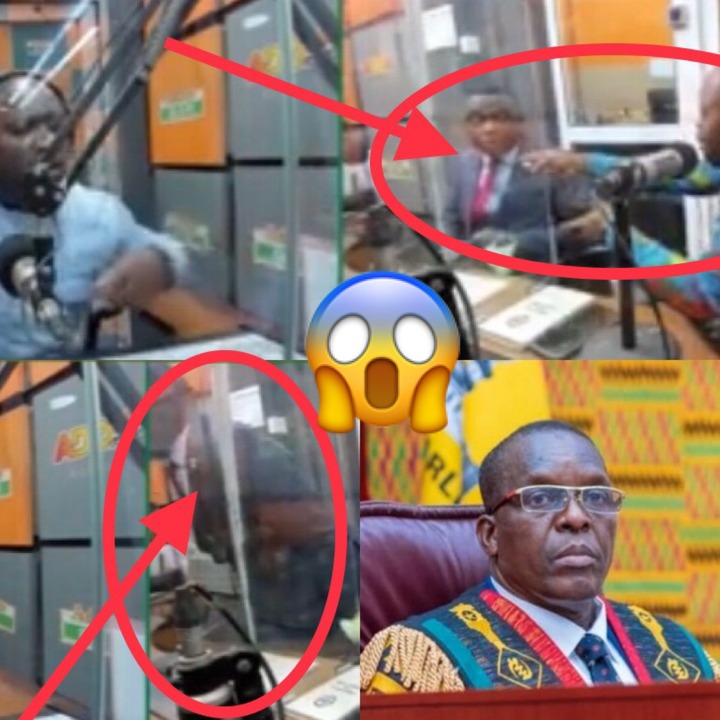 The recent circulating news that has undoubtedly sparked massive stir, debates and arguments across all social media platforms is that of two MPs who were caught fighting on live television over the speaker of parliament, Alban Bagbin’s conduct on the most anticipated 2022 budget.

The overturning of the speaker of parliament, Alban Bagbin’s rule over the most anticipated 2022 budget by the first deputy speaker, Joe Wise has undoubtedly raised lots of concerns amongst politicians and Ghanaians as a whole as members of parliament were spotted arguing over the alarming issue in the house.

Even though most politicians, MPs and Ghanaians as a whole have blamed the incumbent government for the recent chaos in parliament due to the 2022 budget, others have taken the privilege to put the blame on Alban Bagbin for boldly rejecting the budget after it’s presentation in parliament.

Speaking in a recent interview on Adom TV, both the NPP MP, Honorable Collins Amankwah and NDC MP, Honorable Agyei Mensah were given to share their respective opinions and thoughts over the speaker of parliament, Alban Bagbin’s rejection of the 2022 budget which ended up in a heated debate.

The NPP MP, Collins Amankwah boldly highlighted that, the speaker of parliament, Alban Bagbin had been the worse speaker under the 4th republic consider his recent ruling in parliament.

“Alban Bagbin has been the worse speaker of parliament under the 4th republic due to his conduct. He is not above criticism”, Honorable Collins Owusu Amankwah emphatically stated.

After the unexpected statement by the NPP MP over the conduct of parliament, Alban Bagbin, the NDC MP, Honorable Agyei Mensah argued that the NPP MPs are arrogant as he urged Honorable Collins Owusu Amankwah to apologize aside withdrawing his statement which unexpectedly led to a near blow encounter between the two MPs on live television.

From the above photo, we can clearly notice the NDC MP was unexpectedly angry as he tried to walk out on the host over the NPP MPs unaccepted statement over the performance of the speaker of parliament, Alban Bagbin due to the most anticipated 2022 “Agyenkwa” budget.

Do you think that, Alban Bagbin has been the worse speaker of parliament under the 4th republic as claimed by the NPP MP, Collins Amankwah even though most individuals think otherwise?

What are your thoughts on the MPs behavior in parliament over the most anticipated 2022 budget as two MPs nearly fought on live television even though most individuals claimed otherwise?

Do you think it was right for the first deputy speaker, Joe Wise to boldly pass the most anticipated 2022 “Agyenkwa” budget in parliament after the speaker of parliament, Alban Bagbin had already rejected it even though most individuals claim otherwise?