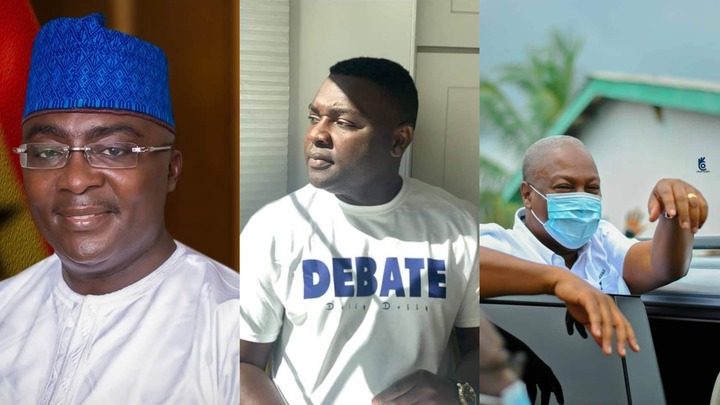 Kevin Taylor claims that he would have endorsed Former President John Dramani Mahama for the 2024 elections if he was Hon. Alan Kyeremanteng to incite the administration of the New Patriotic Party to make the party organized again.

According to him, Ghanaians are not happy with the administration of the New Patriotic Party so Mr. Kyeremanteng should stand out in the party to help it be like when it was established.

He says Dr. Mahamudu Bawumia would get the chance to campaign but he wouldn't due to his current position.

He said: "Alan Kyeremanteng, because of the position you are currently holding, you would not get enough time to prepare, Dr. Mahamudu Bawumia would be chosen, If I were to be you, I will endorse Former President John Dramani Mahama, and help the New Patriotic Party to organize very well as it was established"

He claims, because of his current position which is the Trade Minister, he would not be able to campaign enough to qualify as the flag bearer of the party, so he should endorse Mr. Mahama so that he can help his party to organize well before the next election.