Unending Tears And Pain: Mfantsiman MP Breaks Down As Tomb Of Late Husband Is Unveiled 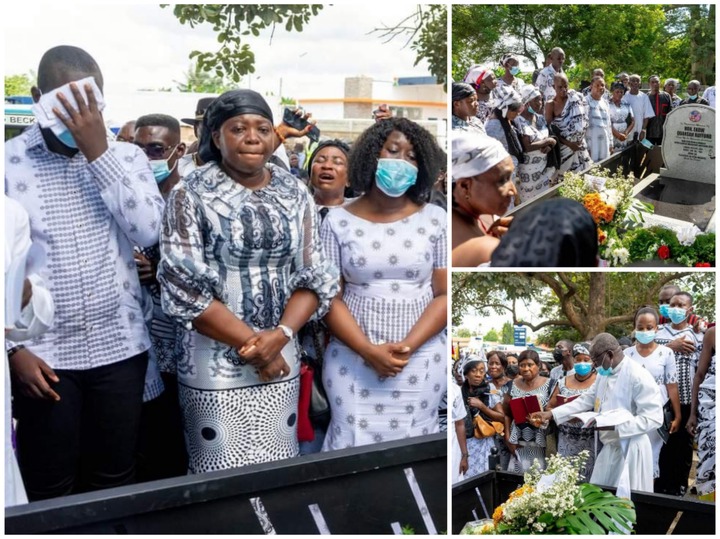 Tears have several meanings but for the wife of late Ekow Hayford [former Member of Parliament for Mfantsiman], Ophelia Mensah Hayford, it is a moment of grief and pain. Memories of the late husband kept raiding her thoughts as she and the family unveiled the tomb for the late husband in his hometown.

Mrs. Ophelia Hayford had kept to the memories of her dead husband for a year now, and felt his resting place deserves a befitting tomb, just as most Akans do for their departed. Before then, the wife who had taken up the baton as the parliamentary representative for the area held a night vigil over on the exact date [October 9] he was shot dead by unknown assailants.

But this weekend, Mrs Ophelia Hayford having gotten the anniversary rites performed in honour of her late husband unveiled the reconstructed tomb. In attendance were the chiefs of Mfantsiman, former Members of Parliaments for the area, and friends of the late Ekow Kwansah Hayford.

Family members from both sides were present to witness this unveiling event, which the MP holds dearly. In line with his faith, the family and sympathizers attended a church service to honour his life before the unveiling exercise. Mrs. Ophelia Hayford couldn’t hold back her tears. 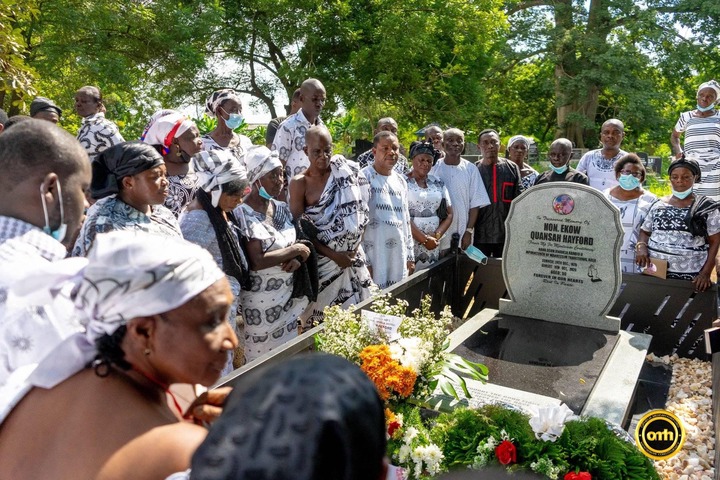 It’s been a year now but it seems like the incident [the murder of the husband] just happened. As a young couple, they hoped to grow old together and have a peaceful rest by the calling of the creator but this dream was cut short by some evil persons believed to be hired assassins.

Mrs. Ophelia Hayford stood firmly as the Reverend Minister prays over the tomb before the unveiling. Many that were present were taken emotions as they saw the beauty of the final resting place of the late MP.

The entire ground was covered with granite, and the tomb tiled with a waterproof image of the late MP sunk into a marble. It is to signify how the family want to immortalize his name and memories of his life.

Little could be said to express the loss of the wife and the children but there is hope as much as they live with his memories.