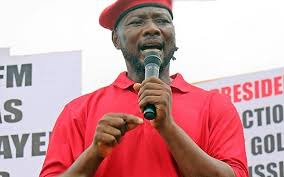 Communication member for PNC, Comrade Bernard Mornah has reacted to 2022 budget rejected by minority in parliament and stated that speaker of Parliament, Alban Bagbin is not someone NPP can intimidate as NPP tried to convince him yesterday but he refused to listen to them and worked with standing orders in parliament.

Bernard Mornah told NPP MPs that yesterday, speaker of Parliament gave them opportunity to approve the budget but they themselves misused the opportunity.

Bernard Mornah stated that he doesn't understand why majority MPs should run away from their own budget when they know that everything is right in the budget proposed by government. He told them that they can never intimidate Alban Bagbin because he is coming from a strong place where people are not afraid of people who tries to frightened them. He said Alban Bagbin is a courageous man that Ghanaians must praise for saving them.

Bernard Mornah speaking on Pan African TV Alhaji and Alhaji weekend show today praises the minority by saying that they saved Ghana yesterday beautifully. According to him, if the budget could have been passed by parliament yesterday, there would be chaos in the country. 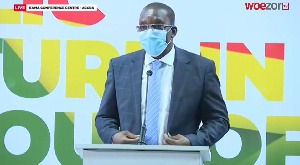 Bernard Mornah told majority MPs in parliament that they should sit up and tell finance minister to go and do his home work well else things will be difficult for them as speaker of Parliament is not ready to favour any side in the august house of parliament.