By SamuelPowellNews (self media writer) | 24 days ago 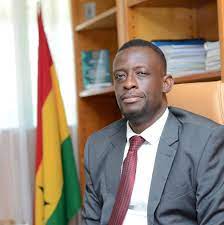 The Western Regional Minister, Hon Kwabena Okyere Darko-Mensah seems to give wrong information to the general public concerning the pregnant woman who was allegedly kidnapped on Thursday, 16th September 2021. This comes after the husband, family and hospital where she was receiving ante-natal care give a different account of her situation before she got missing.

According to Hon Kwabena Okyere Darko-Mensah, the preliminary security report he had from the National Intelligence Bureau (NIB) shows that Josephine Panyin Mensah was not pregnant. Meanwhile, the previous report from the media indicated that the woman was 9-months-old pregnant before she went missing. The husband said in an interview that they already have one child so he doesn't see why they will lie about his wife's pregnancy. 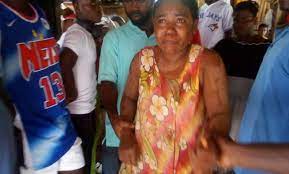 Josephine narrated on 21st September 2021 that she delivered on the same day she was kidnapped. The account from the Western Regional Minister's camp and the family of Josephine totally contradict. This has propelled the Morning host of Maakye on Onua TV, Godsbrain Blessed Smart, popularly known as Captain Smart to descends on Hon Kwabena Okyere Darko-Mensah. According to him, the Western Regional Minister is the most incompetent regional minister of all Akufo-Addo's appointees.

He stated that as a Regional Minister who also doubled as Western Regional Security Council, the first thing he could have done to verify the information he received was to call Josephine Panyin Mensah's husband, the family or where she was receiving ante-natal care before she got missing. But instead, the Western Regional Minister relied on medical reports from the hospital where the lady was sent after she was found by the Ghana Police Service. 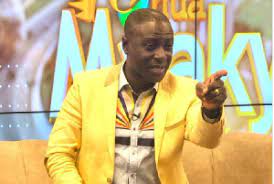 This 'rushed' statement from Hon Kwabena Okyere Darko-Mensah has propelled Captain Smart to call on President Nana Addo Dankwa Akufo-Addo to immediately sack the Western Regional Minister. According to him, a Minister does not handle such a sensitive matter anyhow and go scout free. He stated, "If I was President Nana Addo Dankwa Akufo-Addo, I would have issued a letter from New York and sack the Western Regional Minister for his gross incompetent attitude".

Captain Smart further advised the Western Regional Minister, Hon Kwabena Okyere Darko-Mensah to come out with his resignation letter before the President arrived in Ghana. 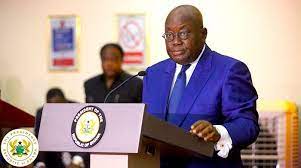