Johnnie Hughes returned this week with another chilling revelation of government biases and nepotism. Johnnie has been a strong advocate against retaining old people in office. According to him President Akufo-Addo needs to give the young ones a chance to show their potential. From the heads of the Legislature, Executive and Judiciary, there is a clear sign that age is not on their side. 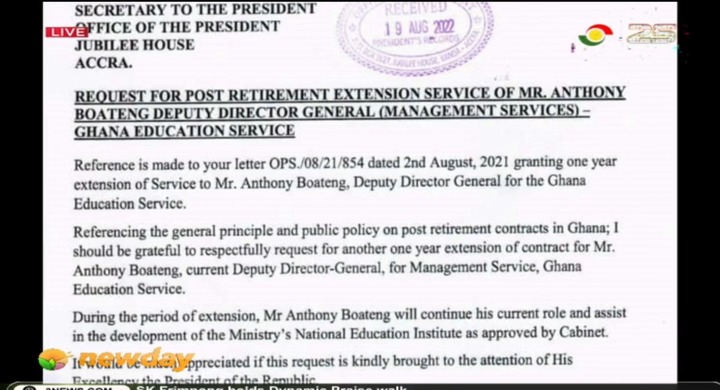 In a latest revelation Johnnie questioned why the Education Minister should recommend a retiree to the President. In a letter last week, Hon. Yaw Adutwum called on President Akufo-Addo to extend the services of the Deputy Director General, for Management Services of the Ghana Education Service. The letter was written on Friday August 19 and interestingly, there was another reply from the Office of the President same day. 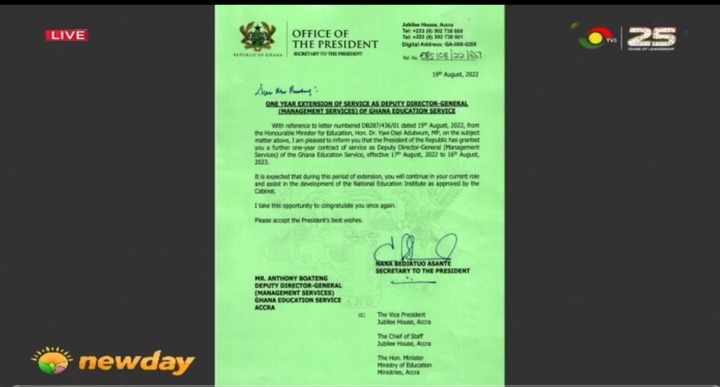 The letter agreed to the recommendation. Johnnie Hughes found this preamble funny and questioned why the President was promoting the old people brigade. Johnnie compared the issue to Domelevo who was pushed out of office when he himself has said he had a year to reach 60 years

“Maybe the president and the Akufo-Addo have lost touch with the people. We tell people there are no jobs and here is a minister asking for extension for another retiree. Many are also in the system but not promoted and here is someone who has retired and received an extension is asking for another extension. No wonder people are amending their ages. Akufo-Addo chased Domelevo out because of age” Johnny queried

Interestingly, most of the leaders with high officials are occupied by people beyond retirement. As the world changes and younger people get the chance, most parts of Africa still hold on to keeping older people in office. This has kept many from being promoted or given the chance to excel. There have been arguments also from other sectors that suggest that many young ones have also wasted the chances given to them.

Despite the President having the discretion in contract extension, there is the worry as to those appointed and why others are hounded out.