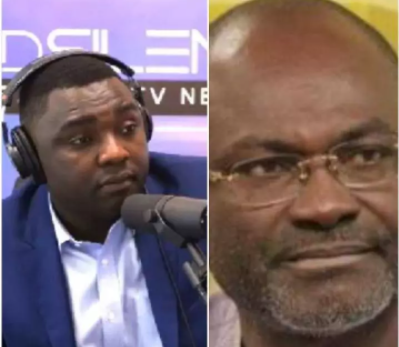 The Ghanaian US based investigative journalist, Kevin Ekow Taylor has finally responded to claims that he is be begging member of parliament for Assin Central, Hon Kennedy Agyapong to withdraw his law suit against him in America.

Kevin Taylor has fully reacted that the story trending about him is fake and he has no where in person meet Hon Kennedy Agyapong to apologize to him as he is making people to believe in Ghana.

Kevin Taylor who is the CEO of loud silence radio and TV network in a press statement said that he still stand by his words that Hon Kennedy Agyapong is one who "murdered" an investigative journalist, Ahmed Suale.

According to Kevin Taylor's press statement, he is ever read to meet the member of parliament in court should if he sues him because he believes he is responsible for the murder of the top journalist who Ghanaians want justice to be served for him.

When the news broke that Kevin Taylor has given up begging Hon Kennedy Agyapong, majority of Ghanaians were unhappy and made several calls to Kevin Taylor to draw his attention to serve the public this letter.

Read the entire statement Kevin Taylor sent to Kennedy Agyapong below as shared by him on Loud silence TV social media page today. 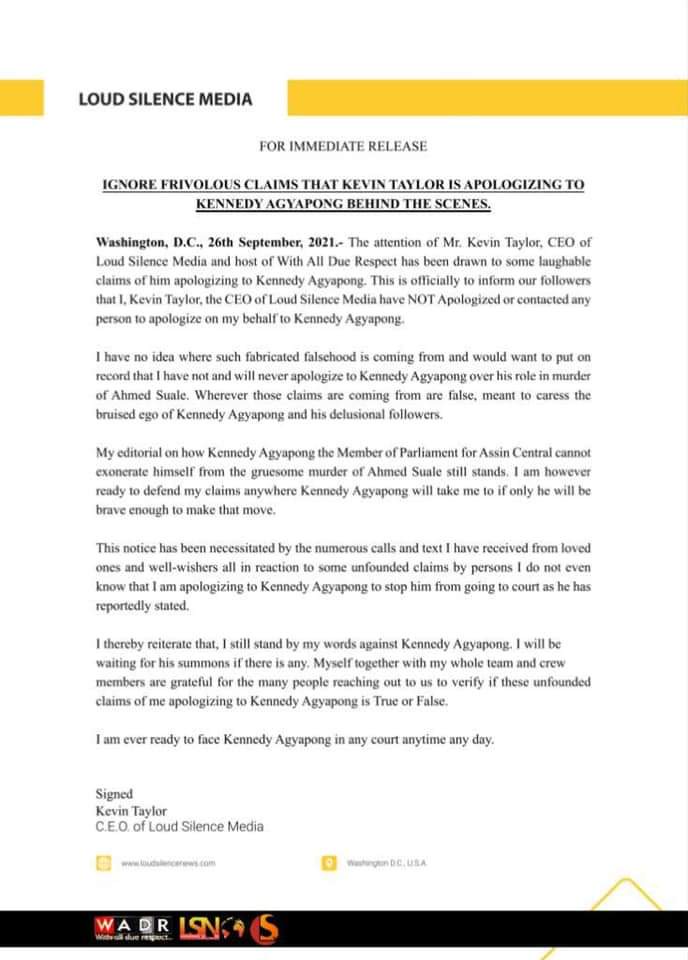