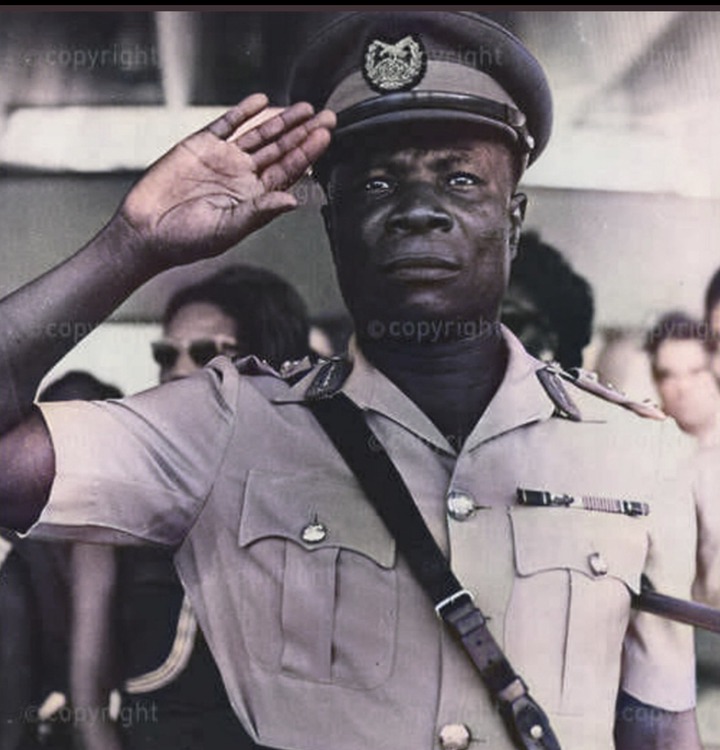 The man after who the Kotoka Intrnational Airport was named was killed this date(17/04/2021) at the airport 54 years ago. It was a very violent death. Three young officers of the Ghana Army , Lieutenants Samuel Arthur, Moses Yeboah and Opoku had developed a strategy to overthrow the National Liberation Council which a year prior had overthrown the government of Dr. Kwame Nkrumah’s government.

On the dawn of 17th April,1967,three inexperienced young officers of the Ghana Army almost found their way through a coup but for a mistake by the leader of the group, Samuel Arthur.

The three plotters lead three separate troops to three locations which were vital for the success of the overthrow.

Lt. Moses Yeboah was to capture Gen. E.K Kotoka, who played the role similar to that of Chief of Defense Staff. Without capturing him, the uprising stood the chance of failure since Kotoka would organize troops from the armed forces to nip the uprising in the bud.

Capturing him was not going to be easy since Kotoka was considered a strong man in every sense of the way. They young soldiers were however able to overpower him at a spot at the then Accra International Airport. Speculations are rife as to the circumstances leading to his capture at the airport. But one fact stood, the feared General was killed by a young soldier(Moses Yeboah) who sprayed a lot of bullets into his body.

The spot where he died had a statue of him mounted there but was removed later because of expansion works at the airport. This is how Ghana’s biggest airport had its name.