Kwaku Baako disagrees with the President; Says burning of excavators is lawlessness.

By adizaawudu (self media writer) | 6 months ago 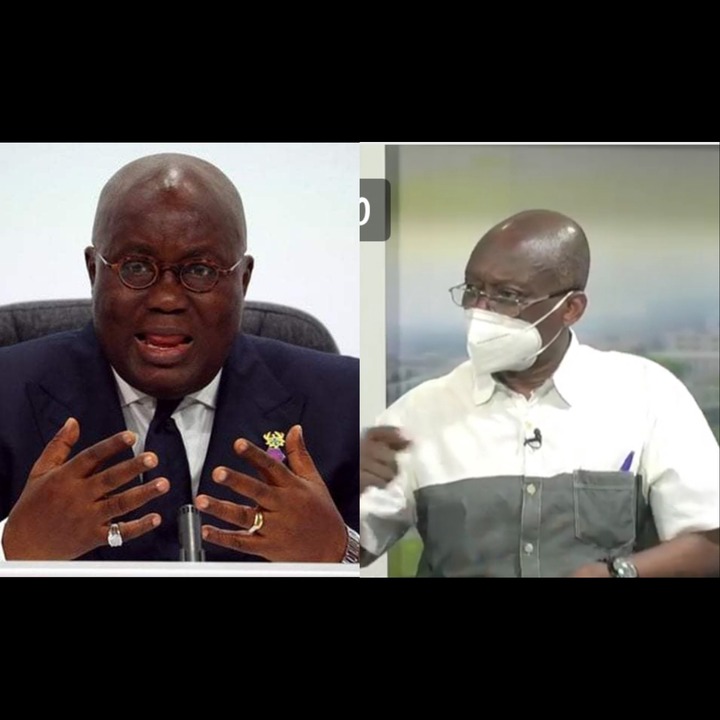 The Editor-in-chief of the New Crusading Guide newspaper, Abdul Malik Kweku Baako has described the measure taking by the government to burn all seized excavator operating illegal mining as lawless. “The approach of burning the excavators, excuse me to say, is mindless and lawless”. The veteran Journalist stated.

Kweku Baako made the assertion this morning on metro TV's 'Good morning Ghana' programme when he was speaking on the matter of the fight against Galamsey. Kweku Baako who is known to be a good friend to the President was seen making this point reluctantly.

In stating his reason, Mr. Baako as typical of him pulled out a document to support his claim. He quoted from the laws governing the provision of licenses and mining leases, in which it was stated clearly what should be done to confiscated equipments involved in illegal mining.

Mr. Baako quoted that, any equipment seized by the government must be handed over to the attorney General, who will appropriately assign the said equipment to a government institution and Gazette same. The institution will then use it for the benefit of the country.

Per the law, there seem to be a well prescribed lawful way of dealing with these seized excavators. However, the current approach to fighting the menace is an adhoc one, crude, contrary to law and a recipe for chaos. To drum home his point, the veteran Journalist pointed to a current state of a case in which a judgement debt worth 15million dollars have been slap on the government. That was a case of the stolen excavators.

This approach of burning excavators too, Mr. Baako noted, is another potential judgement dept issue.

The fight against Galamsey was renewed last month after the first operation vanguard was frost with challenges, mainly excavator theft. The new approach thus took to decommissioning of properties seized.

The discussion was centred on what the President was reported to have said to back the current approach to the fight.

“I know there are some who believe that the ongoing exercise of ridding our water bodies and forest zones of harmful equipment and machinery is unlawful and, in some cases, harsh. I strongly disagree, and I would advise those who take a contrary view to go to court to vindicate their position, if they so wish.”- President Akufo-Addo.

For the first time in a long while, Kweku Baako disagrees with his long time friend, the President.