By Upperwestmedia.net (self meida writer) | 22 days 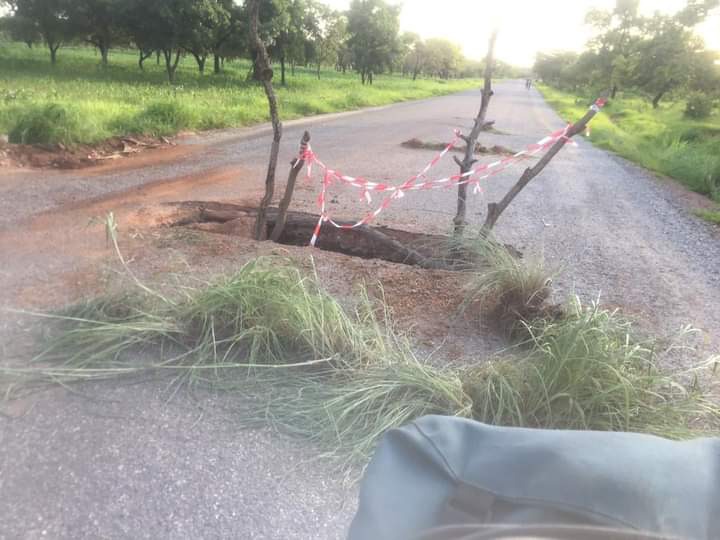 As the rainy season stretches with more drops, the residents of Dabozie begin wallowing in sadness as their roads keep disappointing them in the rainy season. Wa West District is located West of W in the Upper West Region with its capital being wechiau. Farm produce cannot be sent to the market due to bad roads, this results in post harvest losses.

The people of Dobazie in Eggu electoral of the Wa West District have bemoaned the bad nature of the roads linking the community to other communities in the electoral area.

Madam Yaa disclosed that the river on the road linking the community to Dabo for instance has become an impediment to them commuting to and fro Dabo, particularly, in running season.

She said no one can cross the river and that it affects their economic activities.

Mr. Timothy, another resident, noted that the deadly river is causing more harm to them as many people have lost their life on that road by trying to cross the river.

He said the rods have been cut off during the running season.Also, Mr. Adam Yendaw said no car wants to go to the community due to the nature of the road. He said they face challenges traveling on the road with a pregnant woman. According him they carry the patient on their head to the health center at Eggu.

They therefore called on the government through the Wa West District Assembly to go to their aid by fixing the road.

Instant Hit: Stunning Picture Of Farida Mahama That Is Causing Huge Traffic On The Internet.