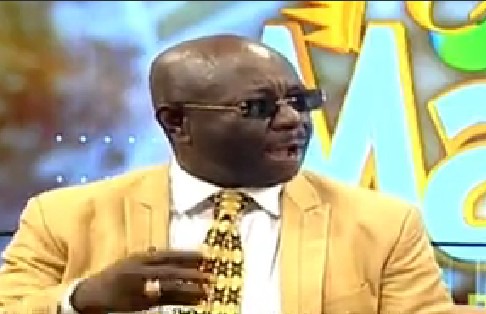 The presidential candidate for the United Front Party, Akwasi Addai Odike has revealed that people who have worked for the government have allegedly not been paid including the Ashanti regional chairman of the New Patriotic Party, Bernard Antwi Boasiako popularly known as chairman Wontumi. Odike made these allegations in an exclusive interview with Captain Smart on Onua TV's Onua Maakye this Wednesday morning.

Among other areas of discussion, the host, Captain Smart questioned Odike about some news that have emerged of the contracts he is said to have won and sold to other people including chairman Wontumi. He responded in the affirmative but emphasized that he did not sell the contract to Wontumi but rather partnered with him to executive the contract. He continued that as at the point, the certificate raised by chairman Wontumi for his money to be paid still lies unattended to. He further alleged that the road ministry is flooded with a pile of unpaid certificates to the extent that some of them are expiring. "Majority of the contractors are crying in silence because they are afraid to speak up for fear of loosing any future contracts. If chairman Wontumi has not been paid, how much more the others?", Odike questioned. He further expressed and concluded that this has made it difficult to for people to take up government contracts.

Update On 2021 GES Promotion: Many Teachers Have been Put on Scale

John Mahama, This Is A Wake Up Call: What Is Happening On Your Daughter's Social Media Pages.