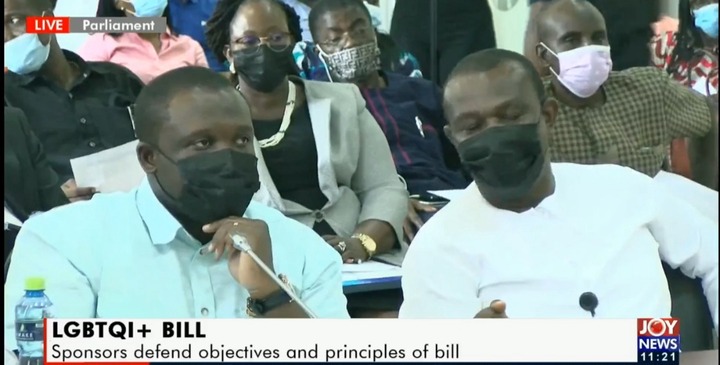 Eight legislators have presented a Private bill before Parliament. The Bill seeks to criminalize acts of homosexuality and its accompanying groups. The anti LGBTQ+ bill has received massive support from Ghanaians though there have been pockets of resistance against the bill. Lawyers like Akoto Ampaw have argued that there is the need to protect these minority groups. He has also argued that the issues relating to LGBTQ are trivial and as such do not require a legislation.

Today, Monday, November 29, 2021, the leading proponents of the Bill came before the Constitution and Legal Affairs Committee for questions and clarifications regarding the bill. Indeed, what started as a lively discussion nearly turned chaotic after Ursula Owusu and Sam George nearly clashed over certain portions of the bill.

One interesting question that came from the Information Minister was what the proponents of the bill feel about suggestions that issues regarding to adultery should have been included in the bill. The Minister also added that since Ghana is referred to a religious nation maybe adultery and fornication issues should have also been part of the bill and criminalized. 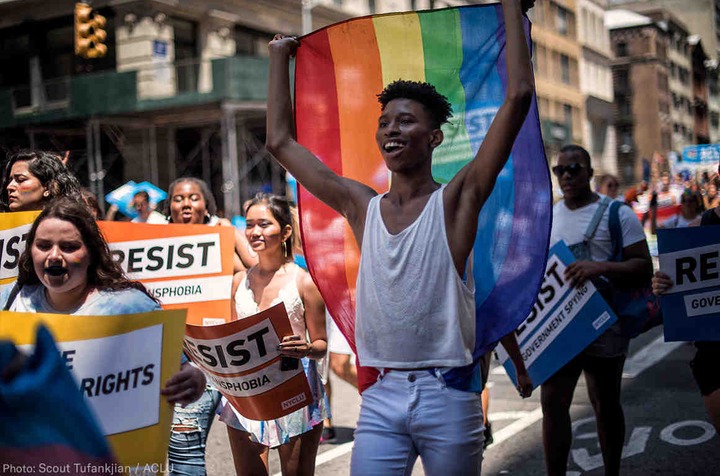 In response, Sam George noted that no groups have come up to agitate for rights for those involved in adultery. According to Sam George, there are many laws that speaks indirectly against adultery and again charged other members of Parliament interested in that aspect to also draft their own bill regarding that and bring it for approval. He added that since no one is advocating for rights for adultery, it wouldn’t be relevant to raise bills against them.