By Morby_NewsGh (self media writer) | 1 year ago 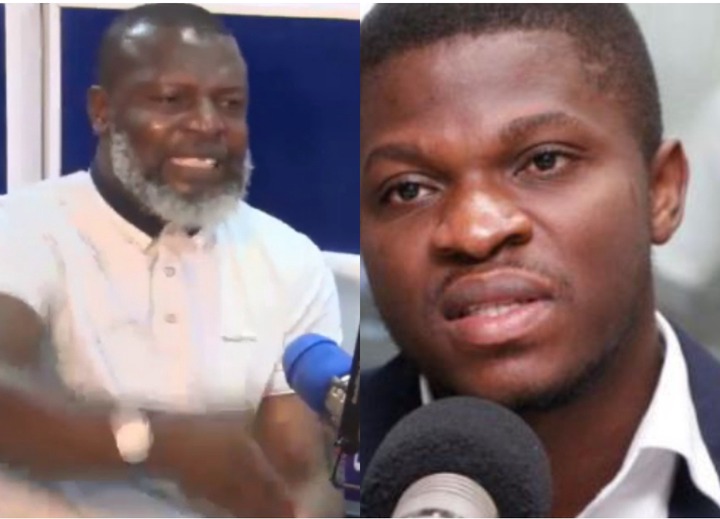 I am not against of what Sammy Gyamfi,the communication officer for the opposition National Democratic Congress Party NDC'S. Mr. Kofi Owusu Omar the Ashanti Regional Chairman for the Great Consolidated Popular Party GCPP boldly shower praises on Sammy Gyamfi.

According to the Ashanti Regional Chairman for the Great Consolidated Popular Party (GCPP),Mr. Kofi Owusu Sammy Gyamfi is telling the truth and fighting for the party so he should be praise not to be critise. "He Added"

Sammy Gyamfi is just doing his work as as the communication officer for the opposition National Democratic Congress Party NDC'S, so he should be appreciate by the party. Kofi Owusu said

He explained that, Sammy Gyamfi have the right to descends on some of his elders in the party if they did the wrong thing. So Sammy Gyamfi criticizing some leadership for approving some ministerial nominees of the president, Nana Addo Dankwa Akufo-Addo in Parliament is not a problem.

Sammy Gyamfi's post on social media for describing some of the leadership of the opposition National Democratic Congress Party NDC'S as having betrayed John Dramani Mahama the Presidential Candidate and the NDC'S because of their opportunistic interests. Don't critise him because what he said wasn't bad but the way he spoke that was bad.

I can confidently tell you that,most of the leadership and members in the Party (NDC'S) are very happy and thanking Sammy Gyamfi the communication officer for the party about his words. Mr. Kofi Owusu Omar revealed this on live Wontumi morning show.

There have to be hope for the people,and members in the party, that's was what Sammy Gyamfi did as communication officer.