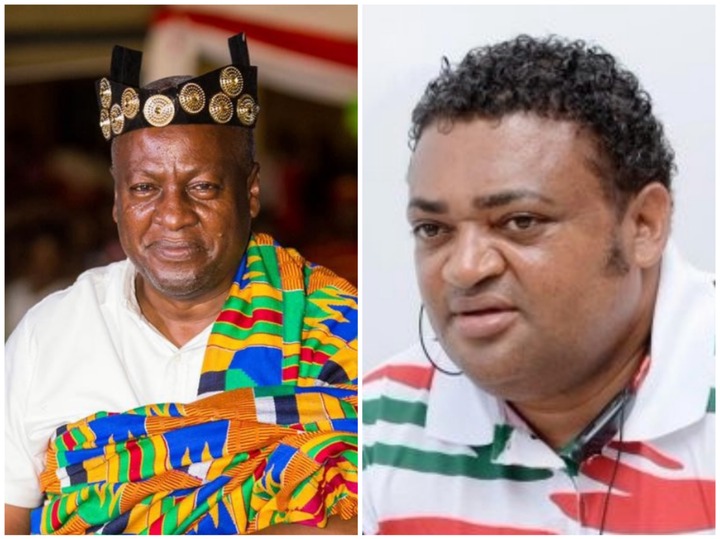 Former Deputy Minister for Youth Sports and Culture, Joseph Yamin has argued that any contender of former President John Dramani Mahama shall suffer a humiliating defeat in the upcoming congress of the National Democratic Congress (NDC) for the flagbearer-ship position. According to him, previous internal party elections have shown that John Mahama is the delegate’s choice, adding that it would be a waste of funds and other resources for any person to attempt to contest him.

Mr. Yamin had rooted for John Mahama’s candidature for the 2024 presidential election stressing that it's about time the party shoots down any internal contest and rather channel their resources to support his election into office. He mocked that there is no logic for a contest as John Mahama shall ultimately be the winner.

“The logic is that he [Mahama] will win anyway. So why would we spend so much in a contest that he is going to win?

“Why don’t you have to save that money to help that person win an election? It is not just about the money but the division that it will bring,” he told Nana Aba Anamoah on Starr Chat.

Mr. Yamin intimated the past election during congress where Prof Joshua Alabi, Alban Bagbin, Spio Gabrah, and the likes contested Mahama ended up with unexpected but sad outcomes for the contenders. He mentioned that the same outcome is likely to unfold should anyone dare contest the former President for the flagbearer-ship.

In his view, none of the contenders would even raise 2 percent of the votes that shall be cast during the congress scheduled for 2023. Mr. Yamin mocked that John Mahama is destined to lead the NDC even if he sleeps off during the election.

“If it sounds logical to the party, they should implement it. Why would you run against somebody, even if he sleeps, he is going to beat you? As it stands now whoever comes to contest will not get even 2 percent of the votes.”

So far, in the NDC John Mahama remains officially, an aspiring candidate for the flagbearer-ship. However, rumors have it that former Minister for Finance, Dr. Kwabena Duffour is yearning to contest. This had sparked some discomfort in the camps of the former President over the past weeks.