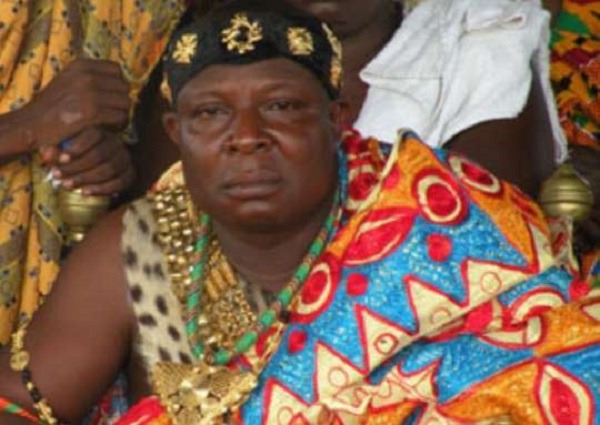 The recent tours and working visits of the President, Nana Addo Danquah Akuffo-Addo have received attention and mixed reactions from Ghanaians. On his tours, he made statements which have been described by some Ghanaians as an act of disrespect to the traditional authorities of the Aflao area.

Recall, Torgbui Fiti made an appeal to the government on an abandoned E-block facility and issued an ultimatum to the Minister of Education. According to reports, the school block has been left to rot for the past 5 years. However, the President in his response to the ultimatum given by Nana Torgbui Fiti of the Aflao traditional area called on the Chief to complete the project himself if government is delaying.

The Member of Parliament for Sagnarigu constituency and Ranking Member of NDC's Communications Team, Honourable A.B.A Fuseini has shared his opinion on the President's tour and matters arising. Speaking in an interview on Alhaji and Alhaji show hosted by Sena Nombo, the lawmaker vented his anger on Nana Akuffo-Addo over his response statement.

According to the lawmaker, the President exhibited an act of disrespect to the whole traditional authorities and people of Aflao. He expressed great concern and worry over how the people of Aflao would receive the response from the President. He believes that, the President was misguided in his statement; a situation he believes should have happened to an experienced politician like Nana Addo.

Speaking further, he questioned how President Akuffo-Addo was tolerant to the demands of the Asantehene Otumfuo Osei Tutu II. He indicated that Otumfuo made many demands that what Torgbui Fiti did yet Akuffo-Addo was not able to utter same response to Asantehene. He believes the President is being discriminatory in his readiness to respond to calls of Chiefs, Kings and leaders of our country.

He said, "Juxtapose what the Aflao Chief said to when Nana Addo went before the Asantehene. When he was at Otumfuo's palace, the demands he made was even more deeper than what Torgbui Fiti said but he was silent. Asantehene asked him to come and give account of what he has done in the Region. When Otumfuo told him that, did he have the courage to tell him that if you have money go and do it yourself?"