By www.zealivee.blogspot.com (self media writer) | 5 months ago

For long, women had been under represented in politics and though over the years, the situation has improved, there have been women who had broken barriers and succeeded against all odds.

Ghana has witnessed so many brave women at the forefront in leadership roles and governance/politics. Since Ghana's fourth republic which began in 1992, multi party democracy came into being and one of such political parties which was established in 1992 was the New Patriotic Party (NPP). 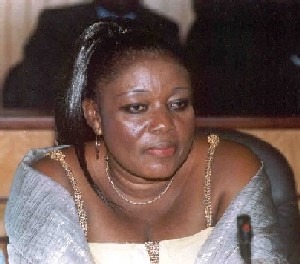 Christine Churcher is the only surviving amongst these women. Described as a former matriarch of Cape Coast politics, she was one of the four women from the NPP stock at the time who won in the 1996 elections and entered Ghana's parliament in January 1997.

Representing the people of Cape Coast, the former tutor of Wesley Girls High School served as Minister of State under the erstwhile Ghanaian President J.A Kufour administration. She was last year (2021) appointed Ghana's Ambassador to Benin after serving as board chair of the Ghana Gas Company in the first term of the Akufo-Addo administration.

The late Mrs. Grace Coleman also entered Ghana's parliament in 1997 on the NPP ticket representing the people of Effiduase Asokore in the Ashanti Region of Ghana.

She was appointed Ghana's Deputy Minister of Finance and Economic Planning under the first term of President J.A Kufour.

Prior to being in the frontline of politics, she worked with the Ghana Commercial Bank, and was Senior Economic Officer at the Ministry of Finance and Economic Planning. She became Ghana's Ambassador to the Netherlands from 1980 to 1982 during the erstwhile Limann Administration in Ghana's 3rd republic. Mrs. Coleman also became senior lecturer at the Institute for Training in Intercultural Management in the Netherlands. 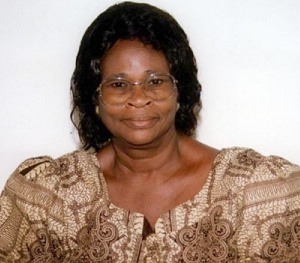 The late Gladys Asmah was a founding member and stalwart of the NPP. She entered parliament in 1997 having won the Takoradi seat as member of parliament in the 1996 elections.

Under the Kufour Administration, she was Minister for Women and Children Affairs from 2001 to 2005 and Minister of Fisheries from 2005 -2009.

Mrs. Asmah who was associated with several businesses and public organizations was an advocate for women emancipation. She was instrumental in helping women to generate income and secure financial assistance in their businesses, and also in the training of vocation for young girls. 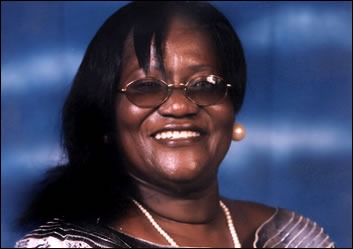 Late Theresa Amerley Tagoe who was the foundation National Women's Organiser of the New Patriotic Party (NPP) became member of parliament for Ablekuma South in 1997.

Having been instrumental in the formation of the NPP, she was a three term member of Parliament from 1997 to 2009.

Salute to these women on their contribution to society in governance and women participation in politics and leadership roles.