By Tinchie (self media writer) | 29 days ago 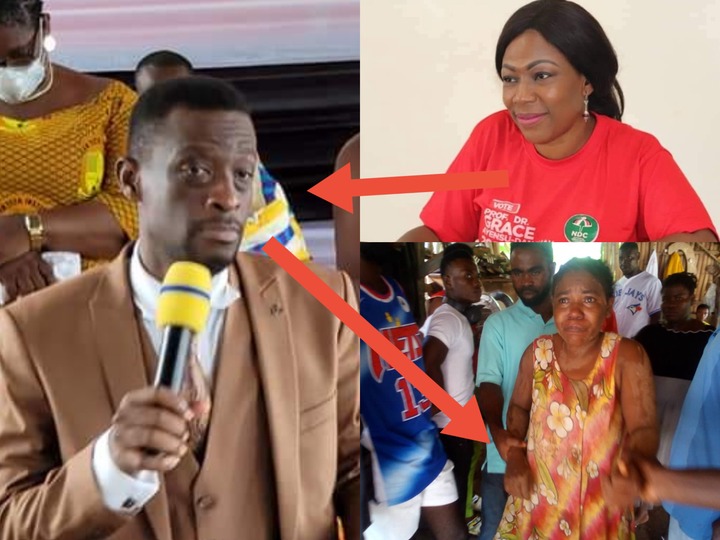 The Western Regional Minister, Kwabena Okyere Darko-Mensah has incurred the wrath of some residents of Sekondi-Takoradi, and some Ghanaians for tagging a rather emotionally traumatizing case of 28-year-old Josephine Simson, as ‘fake pregnancy’ thus bastardizing claims of kidnapping by her husband and mother. Provoked by the comments from the Regional Minister, a surgeon and former parliamentary candidate for Essikado-Ketan Constituency on the ticket of the National Democratic Congress (NDC), Dr. Grace Ayensu Danquah said the remarks were totally insensitive.

According to her, the supposed preliminary report of a physical examination conducted by the doctor at the Axim government hospital is not sufficient to conclude whether or not the victim of the alleged kidnap was pregnant. Dr. Grace Ayensu Danquah argued that the Regional Minister’s comment breeds ‘chaos’ in early reports by the family who have proven that the victim was nine -months pregnant at the time she was kidnapped.

Josephine Simons was reportedly kidnapped on 16 September 2021 in Takoradi around Paa Grant Roundabout and was found on 21 September 2021 at Axim. Her protruding belly [as described by the family] was gone suggesting that she had delivered but the baby wasn’t found with her during the rescue.

Reports came in later to suggest that she went into forced labour during the attack by the assailants and lost the baby in the process. But this claim was caused an investigation to be carried out by the Police when she was admitted to the Axim government hospital.

Through a report allegedly filed by one Dr. Jerry Attobrah to the Police, Josephine was never pregnant. The conflicting report sparked so much anger leading to the presentation of evidence by the family to dispute it.

Dr. Grace Ayensu Danquah having monitored the issue unfold said; “The Regional Minister's hasty statement (if it is true) is rather unfortunate and insensitive.” She believed that it would have been appropriate for the Minister to wait for investigations to conclude especially after a thorough medical examination has been conducted on the woman.

“As a surgeon specialist, I know that to determine whether a person is pregnant is not only based on physical exam but proper forensics including laboratory work, examination of her previous medical records, etc which often takes time,” she noted in a Facebook post.

For her, the entire situation reminds her and most residents of the Western Region of the tragic incident of the murdered Takoradi girls some four years ago.

“The more tragic part is that today those girls have not been found and the families have not received any satisfactory explanations from government and those in charge of the investigations and our security,” she added.

Dr. Ayensu Danquah entreated the security agency and the public to be circumspect and exercise some degree of empathy and respect for the privacy of the victim, adding that any negative commentary could further traumatize her.