The cape coast high court's ruling on the Assin North parliamentary election results which reads that the NDC MP victory be annulled is becoming very problematic. The quantum of heat and controversy surrounding this verdict is taking shape as it tends to awaken other critical issues. 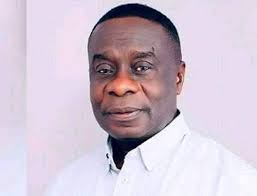 Aside the possibility of the MP, honorable Gyaakye Quason to face prosecution for perjury, another big concern people is not giving much attention is the impact this verdict has on the speakership position of the current speaker of Parliament, Right honorable Alban Sumana Bagbin.

To remind readers, it was this same NDC member of Parliament who was ordered by the cape coast high coat on the day of the speakership election not to partake in the election because his eligibility was challenged by the NPP. So according to the order of the court his participation in the speakership election would render it null and void, yet he was pushed by his fellow NDC MPs to cast his vote which was vital in Bagbin winning the speakership position against prof. Mike Oquaye who was on the ticket of the NPP. 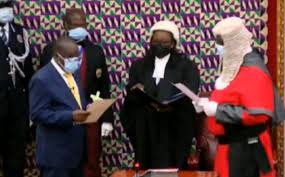 So many noise were made about it especially by the NPP sympathizers, but the NDC was extremely confident his victory was genuine and thus there was nothing wrong in his participation in the elections as an MP.

Now the big question everyone is asking is, will the Cape coast high court verdict that disqualifies the MP have any adverse effect on Alban Bagbin's position as the speaker since this same NDC MP was not qualified to vote as at that time per the high court order? Should anyone challenge the authenticity of Bagbin's speakership position, what will be his fate? 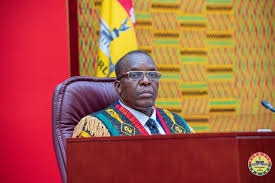 Kindly send your views and comments at the comments section below.