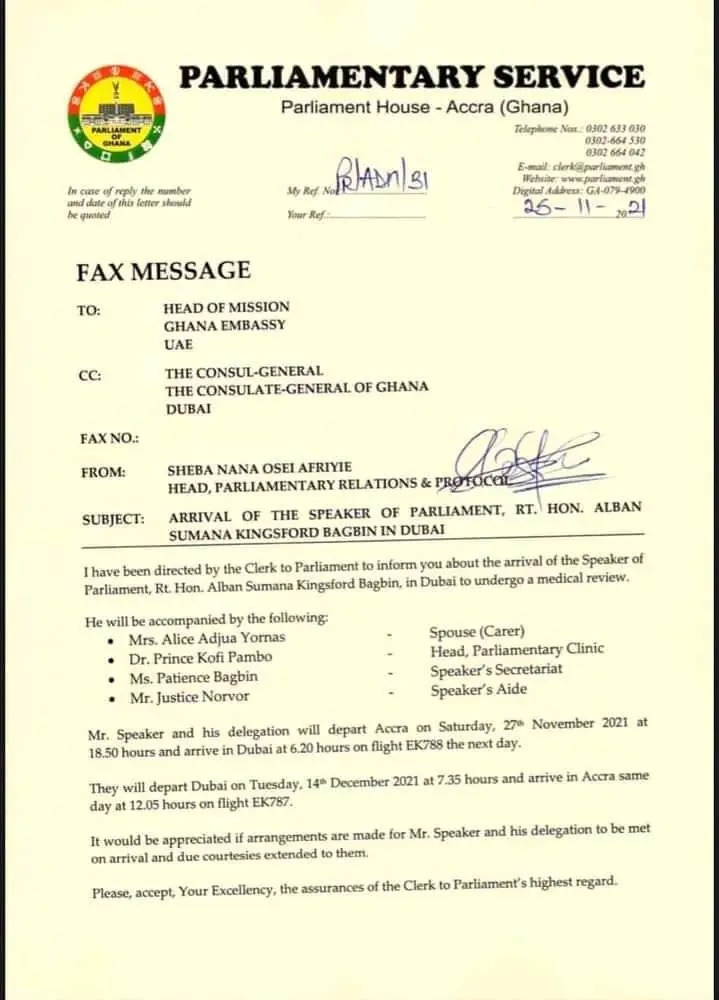 On Friday, 26 November 2021, after the government's budget and policy statement was controversially rejected by parliament, a document was leaked into the public domain of a planned trip by the Speaker of Parliament to Dubai for medical review.

This was obviously an attempt by the government to discredit the Speaker's person and to show the world that, he is on the path of wasting taxpayer's money.

Later, a ridiculous amount of $600,000 was mentioned as the total expenses the Speaker is using for the trip, which involves a total of 5 delegations.

Ordinarily, this would have raised eyebrows and caused a massive stir among many political watchers, and the issue of how public officials and politicians are going outside for medical care was a damning verdict on the local health system.

Only people from the NPP stock are pushing to make this an issue for obvious reasons. The rest of us are rather seeing that, the NPP in its quest to malign the Speaker is rather shooting itself in the foot. 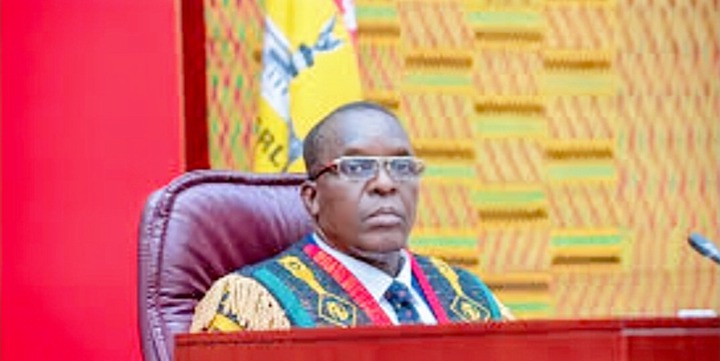 First, the amount that has been mentioned as the cost of the trip is so glaringly of propaganda value. It is palpably false, and only manufactured to equalise with the long-standing demand of the cost of the President's luxurious private jet travels.

Worse is that, granted this amount is right, and it's money which will be coughed by the taxpayer, who approved it?

It is not the finance minister, who is government's pure holder or spending official, that has obviously granted this amount for the Speaker's pleasure? So, why turn around to accuse him, or the NDC, of hypocrisy?

The NPP communicators who are out there trying so hard to bring the name of the Hon. Bagbin to disrupt, should first look at where the money is coming from. 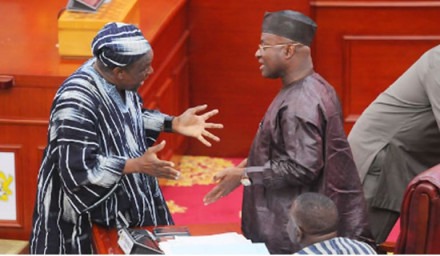 If it were so wrong for him to embark on the medical trip, why approve it as government? The NPP is scoring an own goal with this one.