True heroes of African: Meet the greatest Ghanaians politicians of all time.

On 6th Match 1957, Ghana became the first black African nation to gain independence from British Colonial rule. Since then, Ghana has produced many great and powerful politicians on the African’s continent. 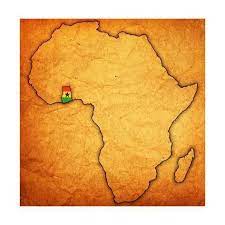 Great politicians are honest; they are Compassionate and full of integrity. They are Confident; make promises and never backtrack on words.

Ghanaians over the years have lost trust in politicians…believing that all politicians are corrupt; but we asked…are all Ghanaians politicians corrupt, as being perceive? The answer is no…there are great ones who are very real.

There are many great politicians, but in this episode; we bring you some of Ghana’s greatest politicians (dead or alive) of all time.

Honourable Kennedy Ohene Agyapong was born on 16 June 1960, in Assin Dompim- Central Region of Ghana.He is a politician, a businessman and the New Patriotic Party’s Member of Parliament for Assin Central . He was first elected a member of parliament in 2000 to the seat of Assin North. He retained his seat in the 2004 and 2008 parliamentary elections. In 2012 he was elected in the new seat of Assin Central, and was re-elected in 2016. He also retained his seat in the 2020 general elections. He is currently the Chairman of the Parliament’s Defense and Interior Committee.

Honourable Kennedy Agyapong is known to be very bold and honest; one of the most prominent Ghanaians politicians, and among the top 10 richest people in Ghana.

Haruna Iddrisu was born on September 8, 1970. He is a lawyer, a politician and the National Democratic Congress (NDC) Member of Parliament for Tamale South. He is also currently the NDC Minority Leader in Ghana's Parliament.

If Ghanaians are to talk of a calm, bold, humble, fearless and collected politician, Honourable Haruna Iddrisu is never left out in any occasion. He is being groomed to contest as a presidential candidate one day. Among the minority members in Parliament, he wields so much power and is seen as a figure of authority.

Popularly known as the Gentle Jack, Former president John Agyekum Kufuor was, and still one of the most famous and greatest Ghanaian Politician of all time. His biography has been translated into 53 different languages. John Kofi Agyekum Kufuor was born on December 8, 1938. He took over from late president JJ Rawlings, and served as the President of Ghana from 7 January 2001, to 7 January 2009.

He was also Chairperson of the African Union from 2007 to 2008. Kufuor's career has been spent on the liberal-democratic side of Ghanaian politics, in the parties descended from the United Gold Coast Convention and the United Party. As a lawyer and businessman, JA Kufour was a minister in Kofi Abrefa Busia's Progress Party government, during Ghana's Second Republic, and a Popular Front Party opposition frontbencher, during the Third Republic.

In the Fourth Republic, Kufuor stood as the New Patriotic Party's candidate at the 1996 election, and then led it to victory in 2000 and 2004. Having served two terms in power, in 2008 he retired from politics. Former President John Kofi Agyekum Kufuor is well loved and respected nationally and internationally.

Mr. Johnson Asiedu Nketiah was born on December 24, 1956, in the Brong-Ahafo Region (now Bono Region) of Ghana. He is the fifth child of nine children. Popularly known as General Mosquito, Mr. Nketia is the General Secretary of the biggest opposition party in Ghana- National Democratic Congress (NDC).

In March 2021, Speaker Alban Babgin appointed him as a Member of Parliament’s Service Board.

General Mosquito’s style of politics and leadership skills, has made him one of the most loved, by people even from other political parties. As the mouthpiece of the NDC, he is seen as one who knows the ins and outs of the party. 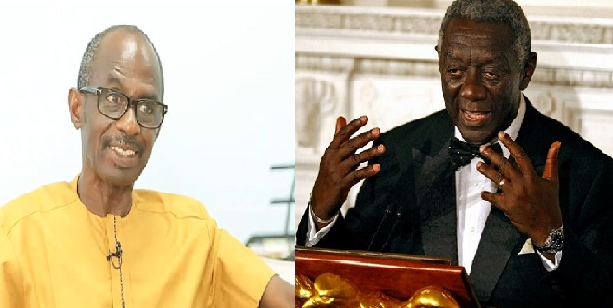 Talk of Great Ghanaian politicians; and President Addo is not left out. Nana Addo is a Ghanaian Politician born on 29th March 1944. He is the current president of the Republic of Ghana, and has been in office since 7 January 2017. He was re-elected for his second term which will end on January 6, 2025.

Before becoming a president, Nana Akufo-Addo previously served as Attorney General from 2001 to 2003, and as Minister for Foreign Affairs from 2003 to 2007; under the President John Agyekum Kufuor-led administration. He is currently serving his second term as the chairman of the Economic Community of West African States (ECOWAS).

The Nana Akufo Addo led government in 2017; switched policy to a free senior high school policy, to reduce poverty; by finally eliminating the financial burdens parents’ face, in paying their children's fees. It was really a dream come true, for parents to have their wards enroll in Senior High Schools without paying fees. Thanks to the free SHS program by the NPP government. The Free SHS programme has been described as a game-changer; it has afforded thousands of Ghanaian youth, who under normal circumstances would not have had the opportunity to enroll in Senior High School, the chance to receive free secondary education.

Again in 2019, the number of regions in Ghana increased from ten to sixteen under the president Nana Addo's administration. The new regions are Oti, Western North, North East, Ahafo (splitting from Brong), Savannah and Bono East Regions. The creations of the regions end decades of petitions to the government calling for the development of new regions.

Dr. Kwame Nkrumah was, and is still the one of the greatest Ghanaian and Africans Politician of all time. His biography has been translated into 120 different languages on wikipedia.

Born on September 21, 1909 Kwame Nkrumah was a Ghanaian politician, political theorist, and revolutionary. He was the first Prime Minister and President of Ghana, having led the then Gold Coast to independence from Britain colonial rule in 1957. He was one of the great leaders who advocated for Pan-Africanism.

Osagyefo Kwame Nkrumah was a founding member of the Organization of African Unity, and winner of the Lenin Peace Prize from the Soviet Union in 1962.

He became Prime Minister in 1952 and retained the position when Ghana declared independence from Britain in 1957. In 1960, Ghanaians approved a new constitution and elected Nkrumah President.

His administration was primarily socialist as well as nationalist. It funded national industrial and energy projects, developed a strong national education system and promoted a pan-Africanist culture. Nkrumah was deposed in 1966 by the National Liberation Council. Nkrumah lived the rest of his life in Guinea, where he was named honorary co-president. 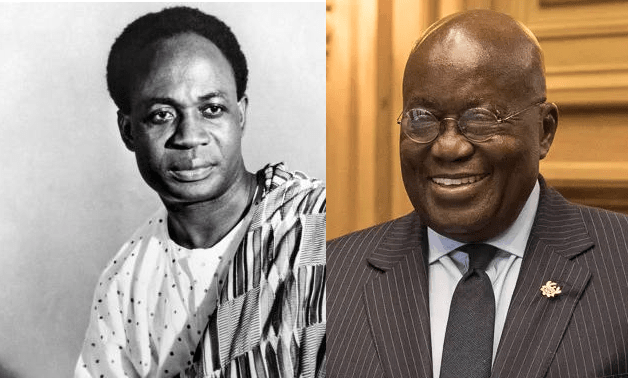 Jerry John Rawlings was Ghana’s first president of the fourth republic; and also the longest serving president in Ghana…serving for 20 years.

Born on June 22, 1947, JJ Rawlings was a military officer, and a politician who led Ghana from 1981 to 2001 and also briefly in 1979. He led a military junta until 1992, and then served two terms as the democratically elected President of the Fourth Republic of Ghana. 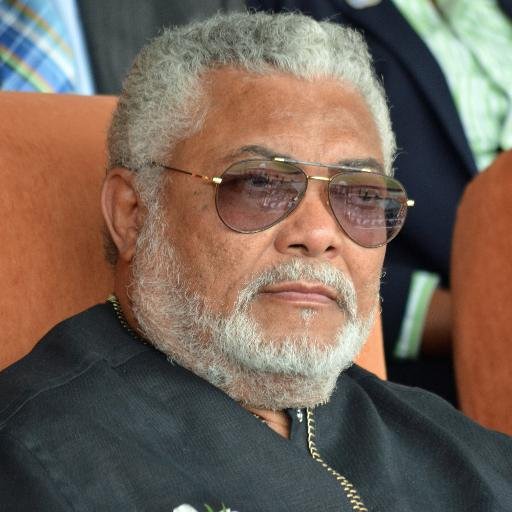 AS a flight lieutenant of the Ghana Air Force; Rawlings came to power following a coup d'état in 1979. Prior to that, he led an unsuccessful coup attempt against the ruling military government on 15 May 1979, just five weeks before scheduled democratic elections were due to take place. After handing power over to a civilian government, he took back control of the country on 31 December 1981 as the chairman of the Provisional National Defence Council (PNDC).

He resigned from the military, founded the National Democratic Congress (NDC), and became the first President of the Fourth Republic. He was re-elected in 1996 for four more years

Even though he is no more, Jerry John Rawlings is still being remembered by his party, Ghana, and the African continent as a whole.

Do you know of any Ghanaian other politician, who you think should be part of the greatest politicians of all times?

Please put their names in the comment box below.