Following the announcement of the Chief Executive nominees for the various Metropolitan, Municipal and District Assemblies by the Minister of Local Government, Decentralisation and Rural Development, Hon Dan Botwe, indicated that the various regional ministers are expected to expedite the process of confirmation. 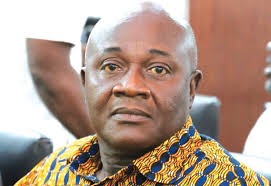 He said that the an instruction had been giving to the regional ministers to see to it that the confirmation of the MMDCE nominees for the various MMDAs does not delay any further.

The Asokwa Municipal Assembly has given 100 percent approval to the renominated Chief Executive to serve a second four-year term.

All 18 members of the assembly voted yes for Mr Akwannuasah Gyimah.

His overwhelming endorsement is indicative of the good job done over the last four years of his watch.

The MCE pledged to continue to give it his all to make things better for the people in the municipality.

Finding lasting solution to periodic flooding the area has been struggling with was going to be his top priority. 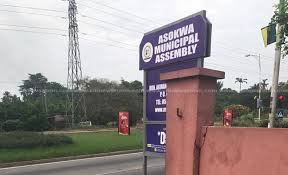 The devastating flooding that keeps recurring should end.

He promised to be open and transparent in the management of the assembly’s financial resources.

Madam Patricia Appiagyei, the MP, called to the people to unite solidly behind the MCE to bring more development to the area.

It cannot be a solo effort, everybody should accept to play their expected part well.

The announcement of the MMDCE nominees was done by the Local Government Minister together with the Information Minister in a joint press briefing on Sunday, September 19, 2020.

Prior to the announcement of the MMDCEs, some political activists and ordinary Ghanaians had expressed worries and varied views over what appeared to be a delay in the nomination of the various Metropolitan, Municipal and District Chief Executives.

The Minority in Parliament had also expressed concerns, suggesting that the delay had created a vacuum in the political administration at the local level.