Just In: How Clean Is Democracy For Others To Judge The Military Regime?

By Pytas-Post (self media writer) | 7 months ago 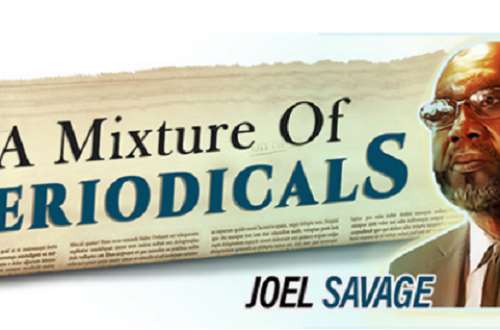 Nobody likes the military regime because they often overthrow democratic-elected governments with guns, sometimes by violence and non-violence.

That’s exactly what governments that preach about democracy, especially, the United States of America, speak about military regimes but we need to ask ourselves, how clean is democracy as a government itself?

We know of the terror and massacres dictators like Idi Amin of Uganda, Mobutu Sese Seko of Zaire, Jean-Bedel Bokassa of Central Africa, Gnassingbé Eyadéma of Togo, Charles Taylor of Liberia, Yahya Jammeh of Gambia, etc; caused to their people but for a second, have you thought about crimes against humanity by the so-called democracy?

I know there are many writers out there, due to fear, dislike writing about the crimes of the US government, the World Health Organization, and the Centers for Disease Control, against humanity but I feel comfortable with such articles because the truth is the truth.

The US government hates the military regime not because is evil but the fact is it prevents the government from carrying out its clandestine crimes on the continent of Africa.

They keep denouncing and portraying the military as the evilest regime in Africa, however, I need to state emphatically that democracy is responsible for the suffering and setback of the Black Continent.

Democracy doesn’t only support or give aid to corrupt governments; it is also responsible for oppression in Africa.

More importantly, what has the US government said so far about the common arrest and incarceration of Ghanaian journalists and activists in the country by Nana Akufo Addo? 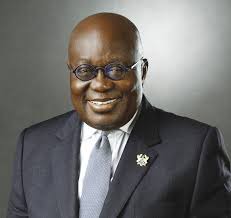 Africa’s resources have been its curse, allowing the US government to apply ruthless policies and politics to control the continent’s resources and population.

I want to know why the so-called African writers have blindly refused to talk or write about it after several pieces of shreds of evidence with videos?

There are no military personnel around the table, it’s democracy describing how Africa’s population should be reduced and the continent denied good water, education, and health facilities because they need our resources

Before the fall of slavery, colonialism, and Apartheid in Africa, the only disease on the Black Continent was malaria, which is still killing today.

Thus, as intelligent Ghanaians, why has it been so difficult for African leaders to ask democracy or the US government how did HIV, Aids, Ebola, tuberculosis, nodding syndrome, Lassa fever, Kaposi’s sarcoma, Burkitt’s lymphoma, etc; appeared in Africa?

People shouldn’t be so greedy to acknowledge democracy as a good government. Leaders of African democratical countries also hate the military for another reason. They fear arrest, trial, and execution if found guilty of corruption.

My advice is If they fear military regimes taking over, they must stop that corruption hurting the people, causing hardships, and creating unemployment.

When the Republic of Guinea finds it necessary to free the people from the continuous spread of Ebola in that country, they toppled the democratic-elected government of Alpha Conde, after, nobody has heard of Ebola occurring again. 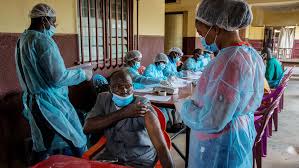 Imagine, Ghanaians are not under any military regime but the democratic country is forcing E-Levy on the people. This is something the majority doesn’t want.

Would you call the military evil if they decide to topple the government and save the people? I am not inciting any military takeover in Ghana, this is just a question.

The world is full of crime without any solution because many politicians are evil and criminals, even more than the hardened criminals behind bars.

In the first place, why did some African countries decide to pull out of the International Criminal Court? It is because they noticed the ICC targets African leaders accused of crimes against humanity while they allow the US government to enjoy its crimes with impunity.

I strongly believe that the way things are going bad in Africa under democratic governments; if care is not taken military governments will take over the entire African continent in the future.

The US government is aware that’s the reason they have many US bases around Africa to quell political uprisings if they find it necessary.

Like always, they keep lying to the world and African leaders that the purpose of those military bases is to fight against terrorism in Africa.

But the truth is terrorists are not e big threat to the African continent, they rather pose a threat to the US government, therefore, they should protect their citizens.