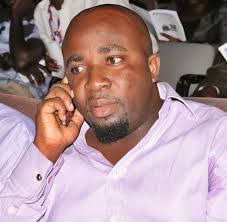 An executive assistant to President Nana Addo Dankwa Akufo-Addo, Charles Nii Teiko Tagoe, spent close to US$10,000 for a trip to the US in mid-September.

The privately held Herald Newspaper's publisher, Larry Dogbey, said that Tagoe paid the aforementioned sum for the trip, which was supposedly scheduled to take place between September 13 and 21.

The article further stated that the Jubilee House employee was deported despite possessing a diplomatic passport for unspecified reasons.

In a Facebook post, the presidential aide denied having a diplomatic passport and being expelled. He also expressed the intention to sue the journalist for the article.

In reaction, Larry Dogbey posted information about a KLM flight on Facebook, claiming that Tagoe had spent as much as US$9,600 for the entire trip.

You departed Ghana on Tuesday, September 13, 2022, onboard KLM through Schipol Amsterdam to New York, according to a portion of Dogbey's article. You flew back the next day, on Wednesday, September 14, 2022, on a Delta Air Lines direct flight from New York to Accra.

On Wednesday, September 21, 2022, you intended to take the same KLM through Schipol to return. Who spends almost US$10,000 for a ticket to see New York City?

Who spends over US$10,000 for a ticket to look at New York City via airport windows? I'm awaiting your attorneys.

On his Facebook page, the presidential aide provided yet another clarification, writing: So, according to Larry Dogbey and The Herald Newspaper, I arrived at John F. Kennedy International Airport on Delta Air Lines flight DL 047 from Amsterdam, and I was arrested and deported at Dallas, Texas International Airport onboard a United Airlines? We'll meet up soon, promise.