The first Black cabinet minister of the United Kingdom was from Ghana.

By Baruoxide (self meida writer) | 25 days

Many Africans ,for that matter Ghanaian's thought the former president of United States of America is the only 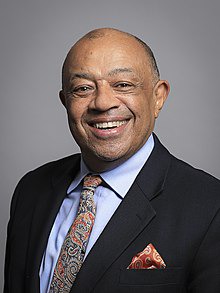 Paul Yaw Boateng was born in Hackney, London,to Ghanaian father, Honourable Kwaku Boateng. His father was a lawyer, politician and cabinet minister under Dr kwame Nkrumah's administration and also an evangelist.Paul Yaw Boateng's mother was a Scottish by the name Mrs Eleanor Boateng.Paul Boateng was taken to Ghana when he was just four years old. Paul Boateng attended Ghana International School and the Accra Academy, a high school in Ghana. In the year 1966, following the military coup in Ghana,his father was arrested and jailed so the family relocated to United Kingdom without their father who was in jail for four years.

The family chose to settled in Hemel Hempstead, in UK. Paul enrolled in Apsley Grammar School. He later attended Bristol University where he read law. He began his career in civil rights, originally as a solicitor, though he later retrained as a barrister. He worked primarily on social and community cases, starting under renowned civil rights advocate Benedict Birnberg, involving women's rights, housing and police complaints, including a period from 1977 to 1981.

In 1981, Paul Yaw Boateng was elected to represent Walthamstow on Greater London Council, of which Ken Livingstone became leader shortly after the election.He stood as a parliamentary candidate for Hertfordshire West but he was not successful. He was elected at the general election of 1987, when he became the MP for Brent South in succession to Laurence Pavitt, being one of the first four Black British MPs.In 1997,Paul Yaw Boateng became the United Kingdom's first black government minister as Parliamentary Under-Secretary for Health, where he was responsible for social services, mental health and disabled people. In the year 1998, Boateng became a Minister of State at the Home Office.So you see how the black race is making history even outside the our shores.