President Akufo-Addo to the UN: Restructuring the world financial system

The urgent necessity for the international financial system to be changed in order to accommodate expanding and developing economies has been emphasized once more by President Nana Addo Dankwa Akufo-Addo. 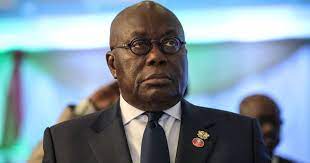 He asserted that "the need for system reform is compelling" and that the current framework was heavily skewed towards emerging and developing nations like Ghana.

He continued by saying that tiny countries did not have access to the same pathways that were open to large nations, allowing them to take actions that would relieve pressure on their economy.

He added that the structure's discriminatory labels prevented Africa from accessing more affordable loans, which increased the continent's debt.

When speaking on Wednesday the second day of the 77th session of the UN General Assembly in New York, the President issued an urgent call (September 21, 2022).

The financial markets, according to President Akufo-Addo, were set up to work under regulations made for the benefit of wealthy and powerful countries. He claimed that during times of crisis, the international cooperation that they pretended to operate under vanished.

He noted: "The demand for the reform of the system is compelling." He described the scenario as brutal lessons that African nations had to learn as the world broke from the clutches of the COVID-19 pandemic to energy and food price spikes and a worldwide increase in the cost of living.

"To make matters worse, credit rating agencies downgraded African economies quickly, making it more difficult to pay off our debts. The label of Africa as investment risk is essentially a self-fulfilling prophecy established by the bias of the international money market, which prevents us from accessing more affordable borrowing, increasing our debt, the President continued.

The President has now made this call four times.

He claimed that the Bretton Woods Conference, which took place as World War II was coming to an end, produced a global financial architecture that had, over the following 77 years, proven to be unfavorable for Africa during the Summit on Financing African Economies in Paris, France, on May 18, last year.

He urged a restructuring of the world financial system there as well.

The President of the African Union (AU) urged union members to work together to reform the world financial architecture and develop and enhance the union's financial institutions on February 6 at the 35th Ordinary Session of the AU in Addis Ababa, Ethiopia.

President Akufo-Addo cited the World Bank's assessment from last Thursday that the world economy was experiencing its greatest decline since 1970 as he described how COVID-19 had left behind major health problems as well as a devastating worldwide economic epidemic.

By 2021, COVID-19 had plunged Africa into the worst recession in fifty years, with a decline in productivity and revenues, increased pressure on spending, and spiraling public debts confronting the continent without relent. He explained that high budget deficits were no longer just a concern for developing countries.

He pointed out that while dealing with COVID-19's effects, Russia invaded Ukraine, making an already challenging situation worse.

"We are living this conflict directly in our lives in Africa, so it's not simply the shock we experience at witnessing such purposeful destruction of cities and towns in Europe in the year 2022. Every projectile, bomb, or shell that strikes a target in Ukraine damages our economies and our pockets in Africa, he said.

He said that the inflation rate was soaring three to four times in several African nations.