The flagbearer of the opposition National Democratic Congress (NDC), John Dramani Mahama is seemingly lacing his boots to face the NPP's candidate in 2024. 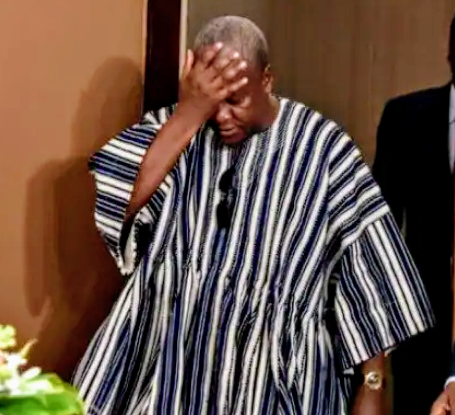 Despite losing the two consecutive elections, the former president is still determined to lead the opposition NDC to unseat the NPP in 2024. He hinted of his comebacks to contest in the presidential primaries of the NDC whilst talking to some party members in the Northern region.﻿

After hearing this, several Ghanaians have expressed their views. Some people think they're not surprised at all about what the former president said, as they already knew he would come again to contest for the presidency. Others however think Mr. Mahama should not contest again. They think it is time for the former president to retire from politics. Others also think the former president would only be wasting his time as he can not win the elections again.﻿

The following are some of the reactions of people on social media.﻿ 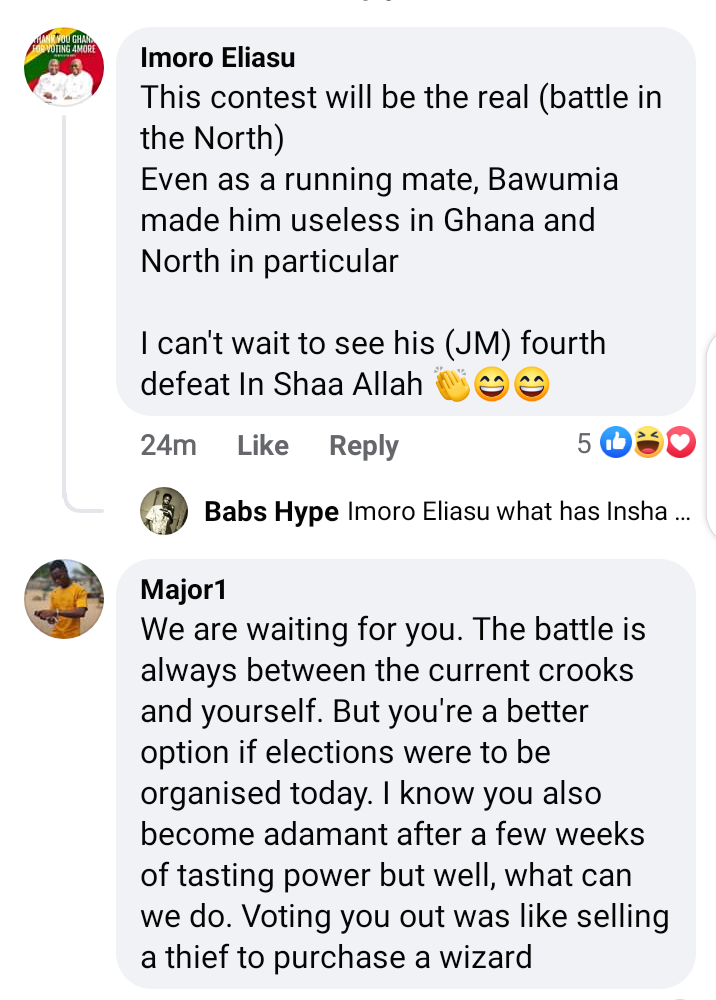 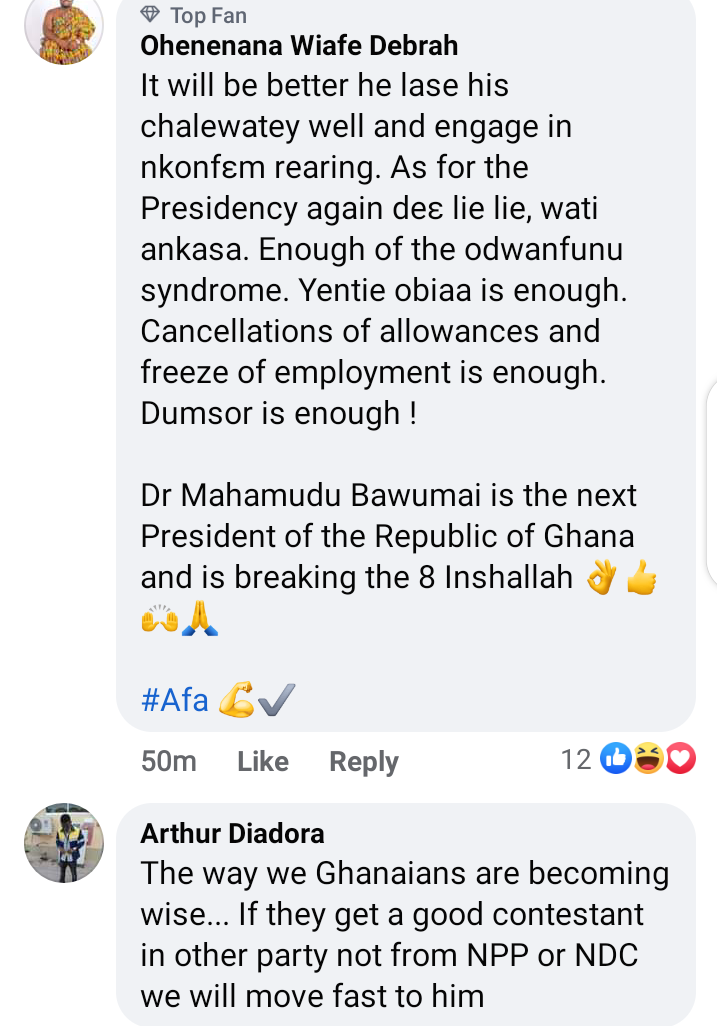 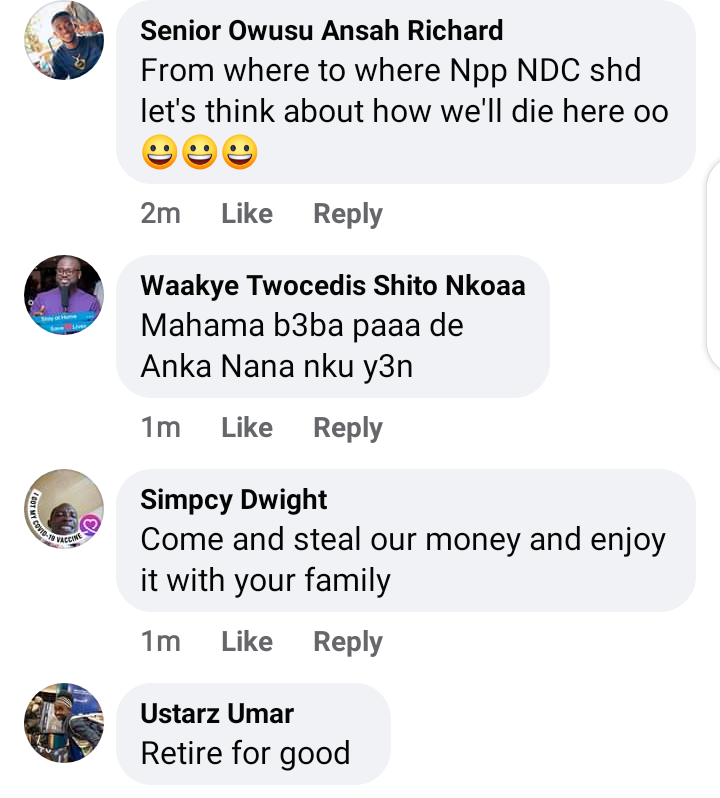 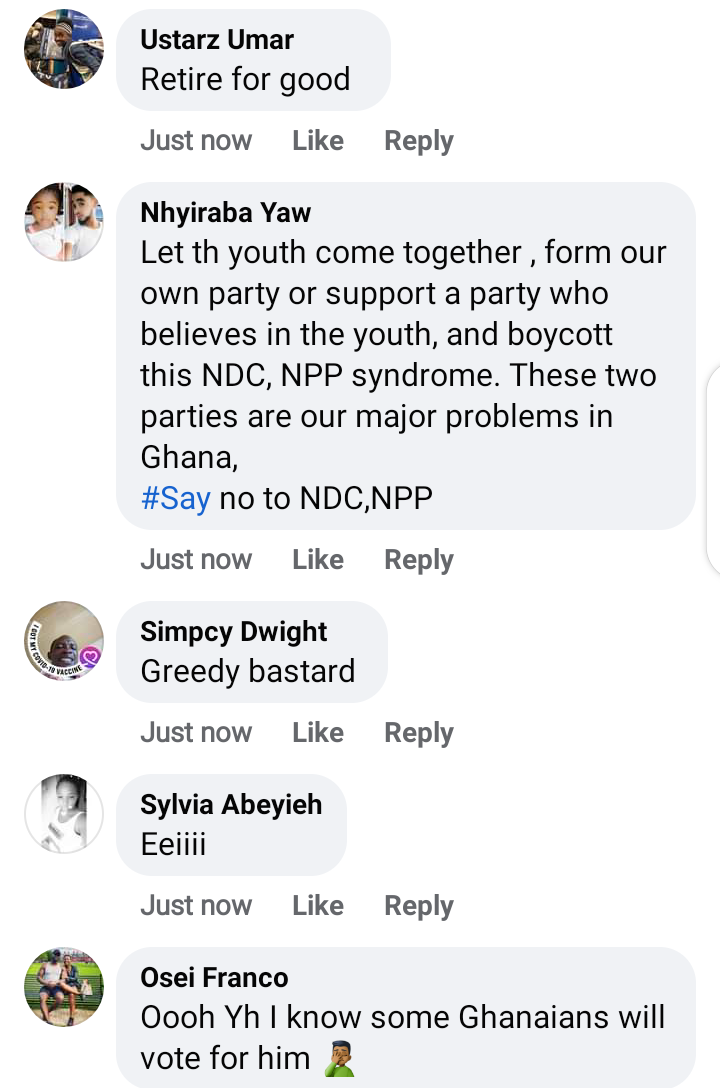