In every democratic nation the chance is given for everyone to air their views concerning issues especially if it will be to the development of the nation. Nevertheless there are rules and regulations governing how this is done. In as much is one might not be happy with certain circumstances occurring they are not expected to put the laws in their hands and do as they please.

It becomes more disheartening if such an attitude comes from a custodian of the law. In Ghana member of parliament are said to be the law makers hence are expected to know better. But it seem for some reasons, some of the law makers themselves ignore the law and do as they wish 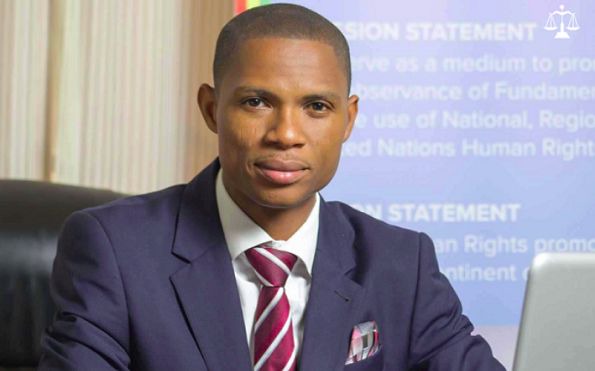 Francis Xavier Sosu, Member of Parliament for Madina lead a demonstration in his constituency on October 25, this year over bad roads in his area. This attitude of his caused a whole lot of issues in the country. He almost got arrested as he was in one church service but managed to escape with the help of another member of parliament. Last week, the legislator was billed to appear before the Court, but he absented himself because he was on Parliamentary duties outside the country.

The matter was therefore adjourned to November 16.Soon after the Court adjourned, it came to light that the Police had received a letter from the Speaker of Parliament indicating that the MP was on parliamentary duties outside Ghana.

Francis Xavier Sosu, Member of Parliament for Madina, according to sources will on Tuesday November 16, appear before a Kaneshie District Court to answer charges of causing damage to public property and obstructing traffic on a highway. Sosu’s charge stem from a demonstration he led in his constituency on October 25, this year over bad roads in his area.The protest was to compel stakeholders to repair the deplorable roads in the Madina Constituency. Even though he probably had good intentions doing what he did. There was a channel he needed to use in order to do that but decided to ignore.

We are hoping that the laws of the country will work without fear or favor.

Appiatse Explosion: The union advocates for a national focus on health and safety