In the midst of emotional moments, the chairman of the electoral commission announced that Deputy President William Ruto had won Kenya's presidential election. With 50.49% of the vote, he barely defeated Raila Odinga as his opponent.

Due to arguments and claims of vote fraud by Mr. Odinga's campaign, the declaration was delayed. Four of the electoral commission's seven members declined to support the statement, claiming the results were "opaque."

Because of the opaque nature of this final stage of the general election, Juliana Cherera, deputy chairperson of the Independent Electoral and Boundaries Commission, stated, "We cannot take ownership of the result that is going to be announced" (IEBC). 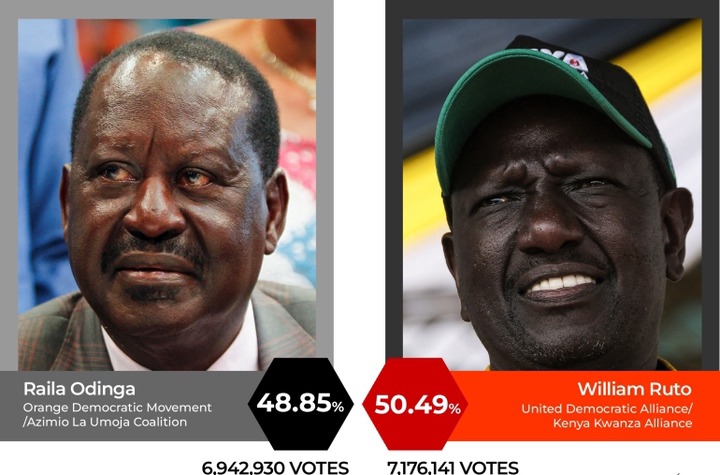 "We are going to make a thorough statement, and once again, we urge Kenyans to maintain their composure. People have the option to go to court, and the rule of law will prevail, she declared. The poll was allegedly marred by "irregularities" and "mismanagement," according to Mr. Odinga's party representative.

The 55-year-old Mr. Ruto was running for president for the first time. After ten years in that position, he lost the support of President Uhuru Kenyatta, who preferred Mr. Odinga to succeed him.