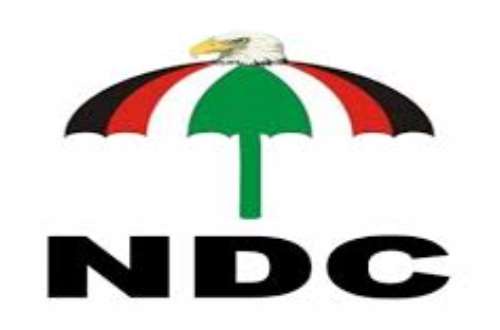 The National Democratic Congress (NDC) in the Ashanti Region has been hit with issues of tribal politics ahead of its internal contest slated for next month.

The Regional Chairman of the NDC, Augustus Nana Akwasi has alleged that elders of the party are plotting to boot him out because he is not an indigene of the region.

Nana Akwasi, a Fanti settler in the Ashanti Region, says hate campaigns are being waged against him because some members of the party are not comfortable with an outsider leading them in the region.

He further complains that even his Secretary, an Ewe, is facing similar troubles in the hands of the regional council of elders of the party.

But Popular Kumawood Actor, Michael Afrane has asked Nana Akwasi to shut up and suffer the consequences of his own actions.

Mr Afraine says in 2018 Nana Akwasi engaged in tribal politics to win the regional chairmanship election against his then contender, Mr Joseph Yammin

He further added that “Nana Akwasi who started the tribal politics campaign deserves what he is going through because he is reaping what he sowed in 2018 against Joseph Yammin”.

Mr Afraine, while speaking in an interview with Ambassador TV last Thursday, September 29, 2022, says he does not hate Nana Akwasi, but that he dislikes hypocrisy.

“I don’t hate Nana Akwasi as NDC Ashanti Regional Chairman but he should shut up as far as tribal politics is concern.

“Nana Akwasi who praised some NDC elders who joined his tribal politics against Joseph Yammin is now attacking the same NDC elders after they realized he is not from Ashanti Region.

‘’He is just being a hypocrite and his plan is to come out to complain just to get sympathy votes”, he added.