I shall protect the public purse; The biggest political scam in Ghana?

By adizaawudu (self meida writer) | 23 days

Gong into 2016 general elections, one thing the then candidate Nana Addo Dankwa Akufo-Addo kept hammering was the fact that, the protection of the public purse is dearly to his heart. Public purse; Money collected or controlled by the government or collected taxes meant for public use.

You might not have thought about it, but this simple political statement; "I shall protect the political purse" is heavily loaded once it is spoken by a politician. It is a promise, a covenant, and a social contract between a candidate and the people he seeks their mandate to govern. This same statement invokes confidence, solicits trusts and attracts votes.

In recent times, the political elite have used it to lure unsuspecting voters into believing they have good intentions for their welfare. Ghana is not a poor country, it is endowed with both human and natural resources that can take care of its citizens and take away people from abject poverty to prosperity, if these resources are handled with prudence, devoid of corruption and doling of huge sums of money to undeserving people.

That is why you heard candidate Akufo Addo clearly preached the fact that, "we are sitting on money", yet we are hungry. Protecting the country's resources or the purse was therefore going to be a topmost priority in his government.

Fortunately or unfortunately, the masses decided to test Nana Akufo-Addo, relative to his own over flogged mantra. He has failed spectacularly. I say this without any iota of equivocation.

There has never been any government in the history of the fourth republic that has indulged in wanton and reckless decimation of Ghana's resources like the incumbent. In fact, some have succinctly suggested that, what the New Patriotic Party (NPP) led by Akufo Addo is doing is tantamount to a rape of the public purse. He is superintending over a direct abuse of the already over burden consolidated fund.

The recent decision to smuggle a payment of salary to the first and second ladies in the article 71 emoluments report is the last straw that broke the camel's back. His first term was full of avoidable expenditures. 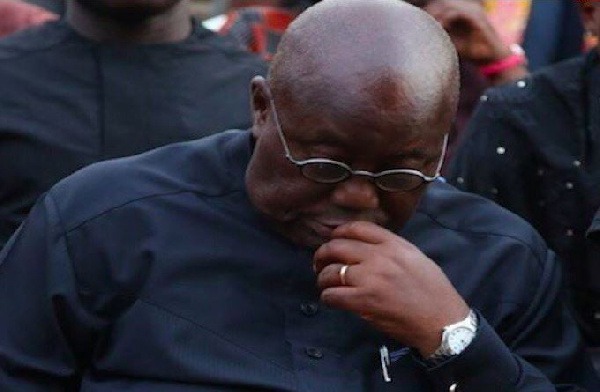 Do not forget, Akufo Addo started his reign in 2017 with over 120 ministers. Contrary to the promise of coming to work with a lean government. The negative implication of that elephant-sized ministers to the public purse is well documented. It went on and on, and climaxed it with spending millions of dollars to compile a new voter register when the then existing register was useable.

As for corruption and the several judgement debts that the public purse had to endure will be left for another day. Whenever you hear a politician promising to guard the public pouch, do not believe him or her. It is a scam.

NABCO Portal Opened For New and Existing Members to Do This: National Service Personnel Inclusive