Mahamadu Bawumia was on born on 7th October, 1963. He is a Ghanaian economist, a banker and the current Vice President of Ghana. He assumed office on 7th January, 2017. 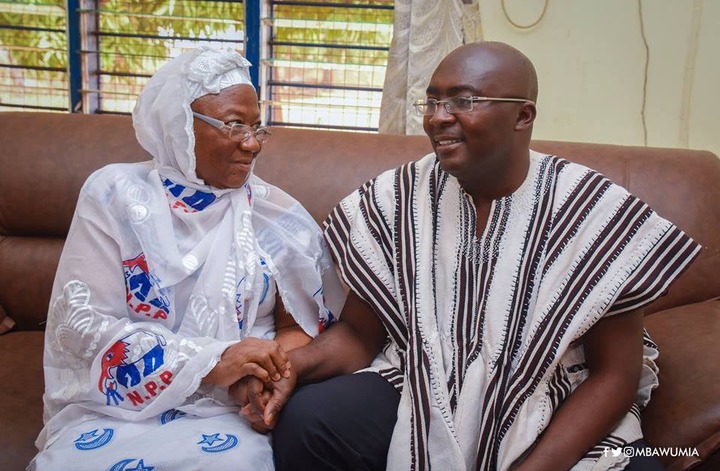 He also ran as the NPP Vice-Presidential candidate in the 2012 general elections and was the lead witness for the petitioners in the 2012/2013 Presidential Election Petition which challenged the declaration of John Mahama as winner of the election.

He is married to Samira Ramadan and has four children. However, his mother passed away on September 13th, 2021 and is laid to rest today in Walewale.

Below are photos from the burial: 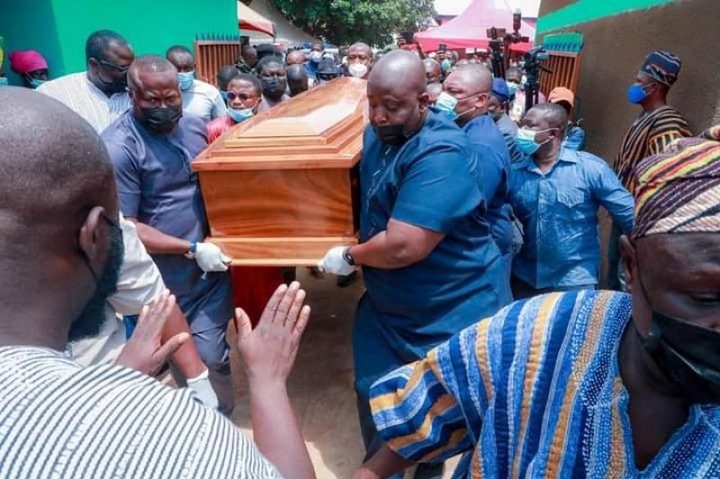 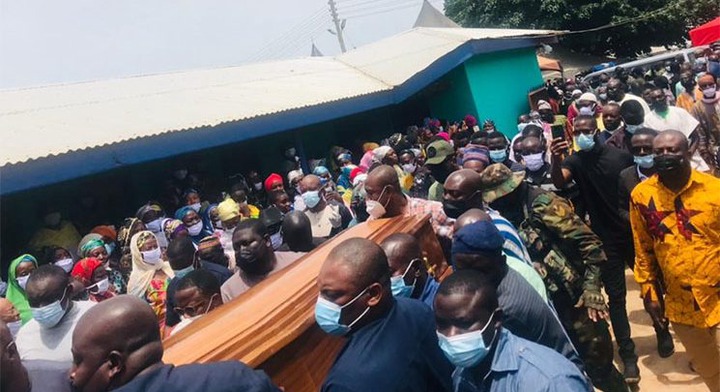 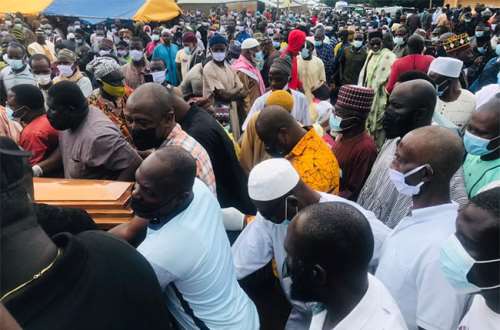 Hajia Bawumia who was affectionately called Maame, was born on September 15, 1939 and died two days to her 82nd birthday.She was laid to rest at Kperiga, a community in Walewale, in the North East Region.

She was a native of Kpasenkpe, a community in the West Mamprusi Municipality of the North East Region, and was one of the first female students to gain admission into the Wesley Girls High School in Cape Coast, in the Central Region.

The three day 'Adua' (Islamic funeral rites) of the late Hajia Bawumia would come off on Thursday September 16th, 2021 at their family house at Kperiga. The National Chief Imam, Sheikh Osman Nuhu Sharubutu, who was in attendance, prayed for peaceful rest for the soul of Hajia Bawumia.

An uncle to Dr Bawumia, Alhaji Sulemana Sapaka, recounted the loving and caring nature of his late sister, “Hajia Mariama was the third born of our parents, she was very kind to us. She was very instrumental in our education,” he said.

He said news of his sister's death came as a shock to the family, adding that “Up till now we are still mourning her death.”

Some residents in the community who trooped to the burial ground to mourn with the family, thanked Almighty Allah for the life of Hajia Bawumia for giving Ghana a Vice President.

They also prayed for her soul to rest well in the bosom of the Almighty Allah. “We shall miss her motherly love,” the residents told the Ghana News Agency.

Notable among some dignitaries who attended the burial ceremony were Mr Osei Kyei Mensah-Bonsu, the Majority Leader in Parliament, Mr Haruna Iddrisu, Minority Leader, Mr Ambrose Dery, the Minister for the Interior and Madam Mavis Hawa Koomson, the Minister for Fisheries and Acqua-Culture.