Popular writer for the ruling NPP, PK Sarpong has advised his party to take care of his own members and stop wasting time on people who will never vote for them no matter what they do for them. 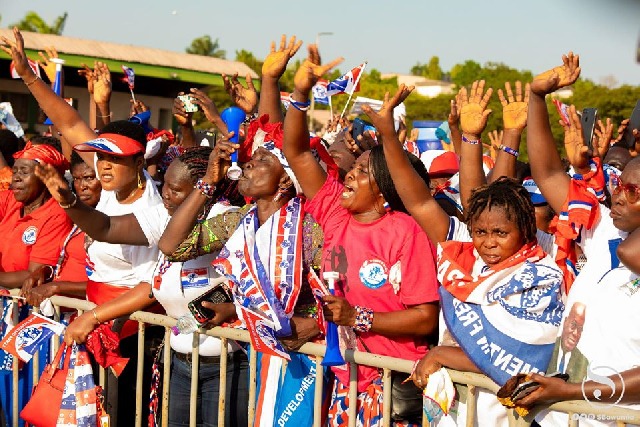 In a post shared on his official Facebook page on Monday, 26th September 2022, he shared a story to prove his point.

"Monta is about 4 kilometers away from Derma. It was my first station when I completed Berekum Training College in 2002. I have told you stories about that village before."

P.K Sarpong continued that, since time immemorial, Monta has been voting for the NDC. There are several smaller villages surrounding Monta and they all vote there. The population has dwindled since many have moved to Derma. 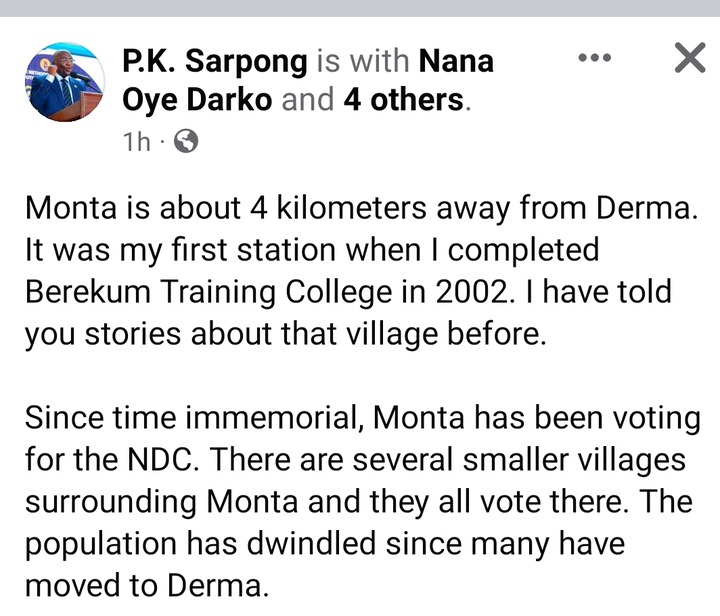 The expectation was that we would improve on our numbers in 2020. We went there with my team as well as with the MP, Sekyere himself. There were assurances.

What we believed could turn things in our Cavour was the fact that these people have been in need of power for ages. Sekyere, in 2019, gave them solar power. Until the solar power systems were installed, these people were coming to Derma to have their phones charged.

So we hoped that the solar power which they expressed appreciation and were happy about, would do the trick. The evening before the morning of the elections, I went there and the Odikro and his people assured me that they would not disappoint us. 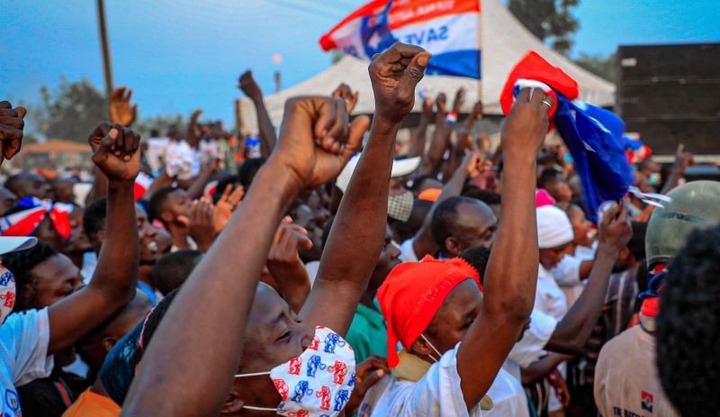 After the counting of ballots, the NDC had 98 or 95 or thereabouts. We had 64, the same figure we had in 2016. What it meant was that we benefited from the votes of our own party people there. The NDC’s votes went down there but showed in the polling stations those who moved to Derma voted.

The following day, I called the Odikro and had a word with him. In fact, I told him my mind. He later also called and said a lot. Whatever he said meant nothing to me. 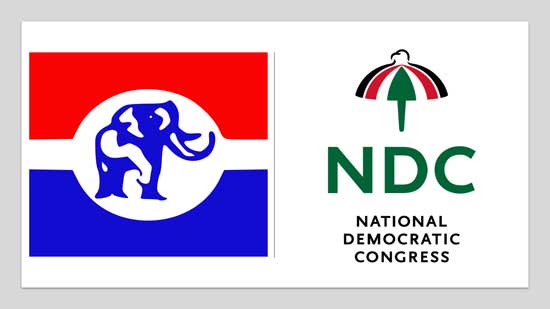 I would reiterate this point; let us take care of our party members more and we shall win 2024. We should not waste time on people who would never vote for us irrespective of what we do for them. P.K Sarpong argued.