By AmaMathematics (self media writer) | 11 months ago 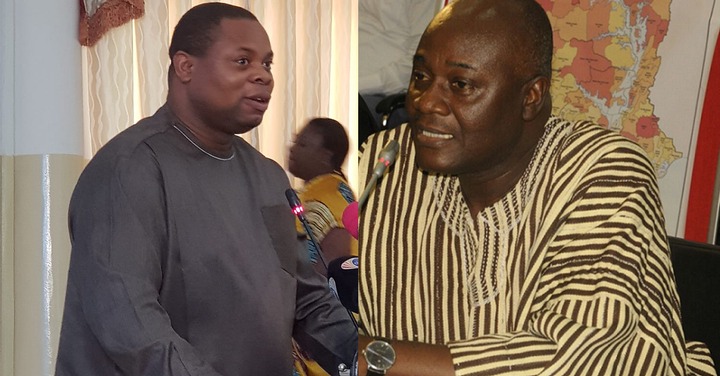 President of IMANI Center for Policy and Education, Mr. Franklin Cudjoe has expressed his disappointment in the minister-designate for Local Government and Rural Development, Mr. Dan Kwaku Botwe.

According to Mr. Franklin Cudjoe, he had a lot of respect for Mr. Dan Kwaku Botwe until his appearance before the Appointment Committee of Parliament.

Mr. Franklin Cudjoe believes, Mr. Dan Kwaku Botwe was not truthful in his answers to questions concerning the SALL brouhaha.

Mr. Muntaka wanted to find out why the people of SALL opposed being part of the new region but the Ministry for Regional Reorganization still included them.

In response, Mr. Dan Kwaku Botwe indicated that it was not in the domain of the ministry to determine the involvement of SALL in the 2020 election.

“Whether they wanted to be part of the new region or not, it was not for the Ministry to determine. It was the Justice Brobey Commission that did all the work. They met the chiefs, the petitioners, civil society groups, and even went to the hinterland part of the region. Even in the Volta Region, they met at the Ho Technical University and had meetings with them. So it was not the making of the ministry”. Mr. Dan Kwaku Botwe intimated.

Mr. Dan Kwaku Botwe added that the Ministry for Regional Reorganization was only mandated to create new regions and the conduct of election was not part of their duty.

“My ministry had nothing to do with the election. It is totally incorrect to say that they could not get a region. There is absolutely no reason why I should be answering such questions, I cannot tell why elections were held in any place in Ghana. The report from the commission stated clearly where elections should be held. After the election, all those who voted were part of the Oti region. The people of SALL voted in the 2020 presidential election. They voted at a polling station but nobody asked them any question”. Mr. Dan Kwaku Botwe indicated.

I respected Dan Botwe. I now firmly conclude he is part of the cabal that clandestinely disenfranchised SALL. He has told lies at the vetting”. Mr. Franklin Cudjoe wrote.