By Fruit4taught (self meida writer) | 5 days 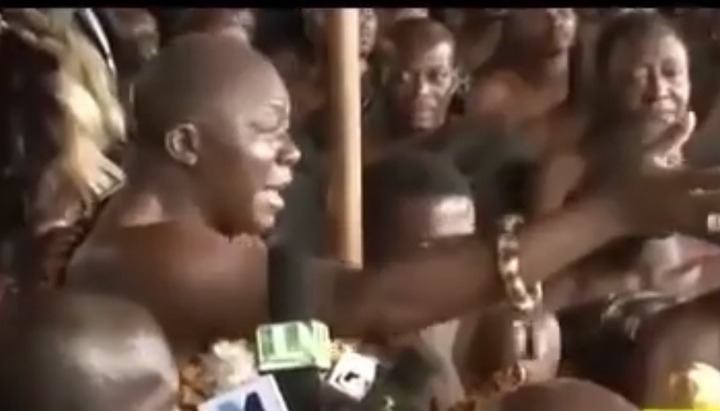 The Manhyia palace in Kumasi, even though not a glaring political establishment has always been a venue of power negotiations over the years. Appointments of paramount chiefs within Asante stems from there. But then, the power and influence it wields cannot be understated.

Take this story as an example. According to the Asantehene, Otumfuo Osei Tutu II, the formation of the National Liberation (NLM) which evolved to become what is now known as New Patriotic Party(NPP) was conceptualized at the famous palace.

A little digging into the history of the party reveals that, there was a disaffected group of people in the CPP who were opposed to the proposed Centralized system of governance for the then yet to be created new country of Ghana.

This group, which was mainly made up of individuals from Asante felt that the federal system of governance and the involvement of traditional leaders was a better option. They therefore broke away from the CPP and formed the NLM. The reason why the formation of the party was tied to the Manhyia palace was because the founder, Okyeame Baffuor Osei Akoto was the chief linguist of the then Asantehene, Otumfuo Osei Agyemang Prempeh II.

Not only did the king allow his linguist form a political party but he also supported the initiative with a whooping sum of £700,000– a very significant amount even in this day.

Okyeame Akoto would go on to invite other people like J.B Danquah, Victor Owusu among others to establish the new movement in 1954. 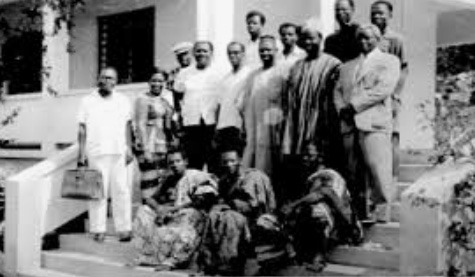 The movement or party however did not have it easy.The Avoidance of Discrimination Act passed by Kwame Nkrumah in 1957 outlawed parties based on racial, regional, or religious differences and as such the NLM became part of the newly formed opposition group the United Party. It is the U.P party that eventually became what is now known as the New Patriotic Party (NPP).