By Blessnews.com (self media writer) | 1 year ago

The Alliance for Social Equity and Public Accountability ASEPA on Wednesday 2, 2020 has dragged President Akufo- Addo to Commission for Human Rights and Administrative Justice (CHRAJ) for allegedly collecting a $40,000 bribe to influence his decision not to fire the Director of Urban Roads. 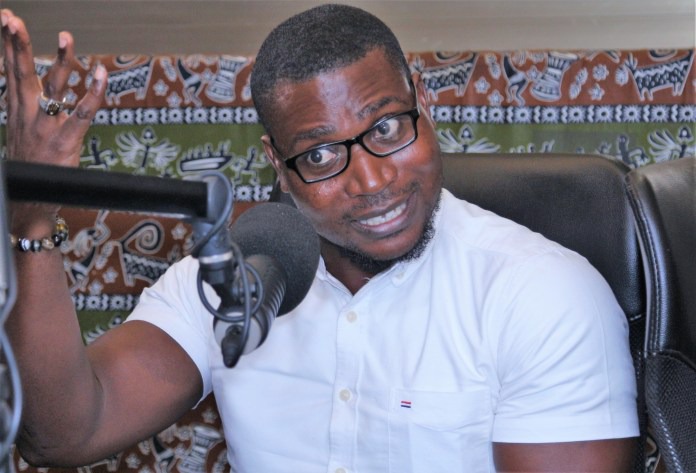 ASEPA, in a statement signed by its Executive Director Mensah Thomson, said the group has also " submitted the video documentary which is the primary evidence, to CHRAJ to assist their investigations". As captured in a video broadcasted by the National communications officer NDC, Sammy Gyamfi on Adom TV last night. 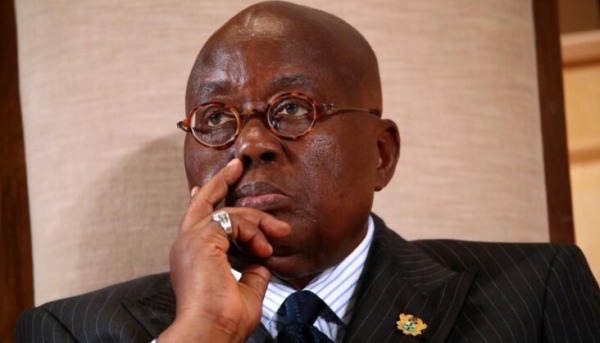 The documentary which was broadcasted on TV alledged that the said cash gift was offered by the wife ( Hajia Fawzia) of Alhaji Abass Awolo a Director of Urban Roads Department, to get the letter retained at a time government was retiring several appointees of the John Dramani Mahama administration. 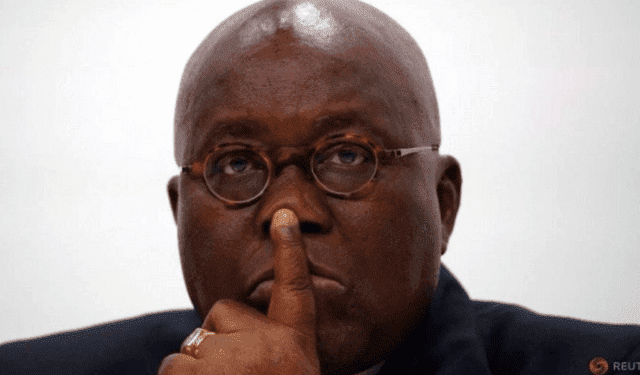 The purpose of this meeting was to influence the presidents decision to call on members of his party to sack the Urban Roads Director.

However, Mr Thompson alleges that, despite many demands for his dissmissal from office, after taking money from Directors spouse, her husband continued to remain in office until now. 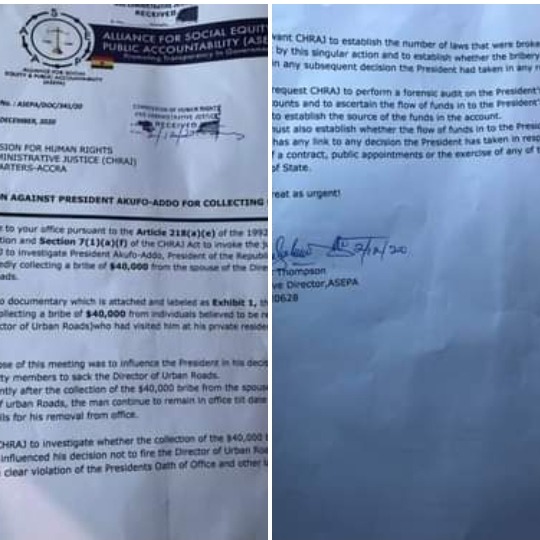 ASEPA Petitioned CHRAJ to investigate the circumstances leading to the bribery of the president at his private residents in Accra.

Among other things ASEPA wants CHRAJ to carry a forensic audit on President Akufo- Addo personal bank accounts to ascertain the flow of funds into the personal accounts of the President, the sources of the funds to establish whether there is link between the funds and the award of any Government contract or the appointment of any public official