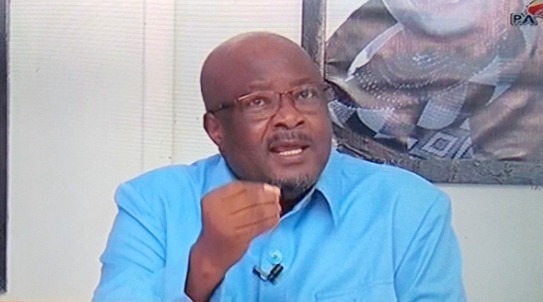 The former Member of Parliament for the Binduri constituency, Dr. Kuganab-Lem Robert, has revealed that what happened in Parliament that led to the approval of the 2022 budget statement was disgraceful, and it's like going back to some medieval behavior.

Dr. Kuganab-Lem Robert made this statement on 'Good Morning Africa' on Pan Africa television this morning, 1st December 2021, when he condemned the approval of the 2022 budget statement by the NPP Members of Parliament.

According to Dr. Kuganab-Lem Robert, what happened yesterday in Parliament was very disgraceful. He said that it was like going back to some medieval behavior, which we've gone past that stage as a country.

Dr. Kuganab-Lem Robert indicated that we know by the standing orders of Parliament that the speaker does not vote.

So, if there were 138, it means that Alban Bagbin should be presiding as the speaker, but immediately Joe Wise became the Speaker, they were no longer the 138, but they are 137.

Dr. Kuganab-Lem Robert revealed that if Joe Wise had voted, it's a nullity, and if he didn't vote, then they didn't form a majority therefore, it is still a nullity.

"I don't know why we should be wasting precious time not looking at why the budget was rejected in the first place, but we are now placing emphasis on rejected and not rejected. That makes us loss the essence of the debate."

Dr. Kuganab-Lem Robert added that there is even a suspicion that one of the MPs there was not Adwoa Sarfo and that she put on a mask. He said that if it's true then it's impersonation which is criminal and unacceptable and should be investigated thoroughly.