Anyidoho, Allottey And Atubiga Were Taken 'Down' Because Of This - Find Out Here 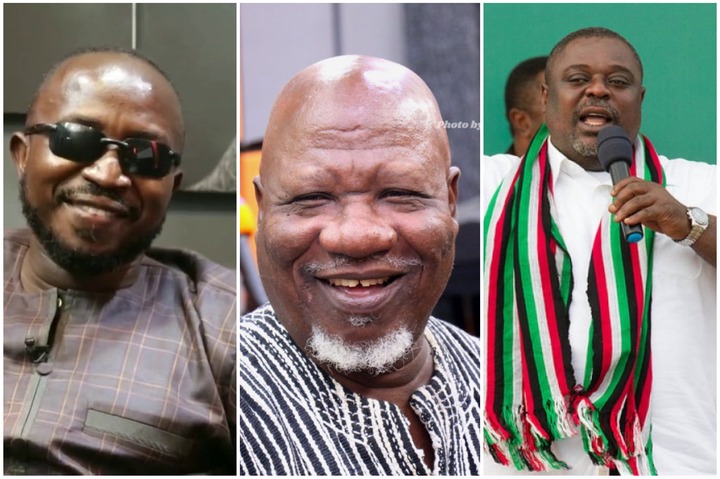 There's been a series of suspensions and expulsion of party executives from the National Democratic Congress (NDC) over the past month. In just a week, two big shots in the party have either been suspended or expelled. In all these events, three of them; Samuel Koku Anyidoho [former Deputy General Secretary], Allotey Jacobs [Central Region Chairman], and Stephen Atubiga [ a Presidential hopeful] do share a common trait, one that is associated with the sanctions slapped on them.

These persons are very much assertive and dare speak the truth to power no matter the consequences. It is for which reason, some believe their suspension or expulsion is a grand scheme to gag them and any others that might rise to challenge the authority or question the responsibility of leadership.

These three persons over the past months had questioned certain key decisions the leadership of the party took during and post election 2020. In Atubiga's own remark "the NDC is paramount" and for which reason "truth must be spoken to authority".

He argued that leadership must act responsibly and be held to account, as he descended on the Campaign Manager for the 2020 flagbearer, Prof Joshua Alabi for having failed John Mahama and the party.

For Allotey Jacob, the frustration and disappointment with leadership was just so unbearable for him. He dared say the party is misguided by some national executives who seek their parochial interest other than the party's.

Given that he wasn't granted any audience, Allottey Jacobs who saw no boundaries publicly and continues criticized the party leadership.

For Koku Anyidoho the story is no different. The three were determined to speak to power no matter the consequence. They resonate strongly on demanding for a change in leadership hoping things would get better. But would their suspension and or expulsion from the party make any difference?

They simply are no more bounded by the rules of the party and could go the extreme to haunt the NDC. It's not surprising that Koku Anyidoho, and Allotey Jacobs have already started singing the praises of President Nana Addo Dankwa Akufo-Addo, perhaps to spite the NDC the more.